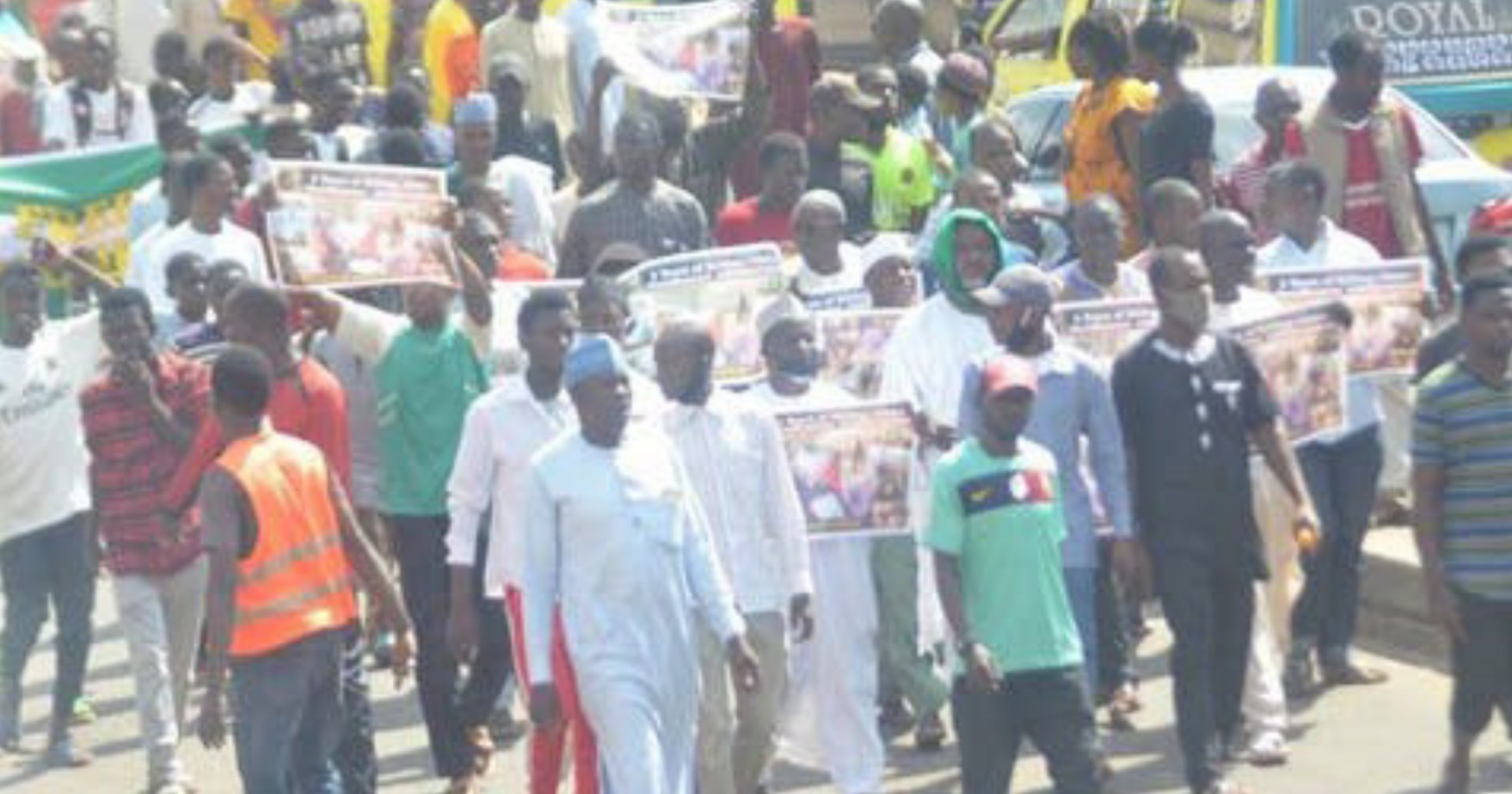 Members of the Islamic Movement in Nigeria (IMN) otherwise known as Shiites in Kaduna on Monday protested the five years remembrance of Zaria massacre and the continued detention of their leader, Sheikh Ibrahim El-Zakzaky, and his wife, Malama Zeenatuddin Ibrahim.

The members including children and adults marched through Kano road in the Kaduna metropolis.

They displayed posters of Sheikh Ibrahim El-Zakzaky and chanted continuously, “free our leader;” “free Zakzaky,” “we want justice”, “He needs to go for medical treatment.”

Leader of the protesters, Sheikh Aliyu Tirmizi, called on the Federal Government to unconditionally release the leader of the sect for proper medical attention.

He said: “In the aftermath of Zaria genocide executed by the Nigerian Military in December 2015, we have been calling on all citizens to uphold the dictum that injustice to one is an injustice to all, but to no avail.

“Most people, after the gross flagrant abuse of power by the military on Sheikh Zakzaky and his followers couldn’t express their condemnation. They chose to remain silent since the military excesses didn’t affect them directly.

“But in truth, Islam abhors injustice and enjoins Muslims to express disdain to injustice and the unjust whoever they are. Indeed history is full of instances when Prophet Muhammad (SAW) assisted the victims of injustice in upholding their rights.”

He noted: “This explains why for the past five years we have been explaining how this Buhari regime has trampled upon the rights of Sheikh Zakzaky and his followers, demanding that citizens condemn this repression, and call for the release of our leader unconditionally.”