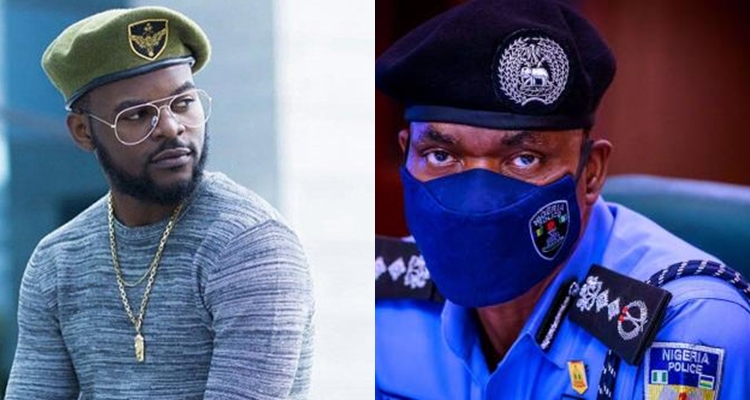 Popular singer Folarin Falana aka Falz has called out the Inspector General of Police, saying that in any sane society, the IGP would have resigned following the numerous cases of human rights violations perpetrated under his leadership.

In an appearance he made on Arise News, Falz noted that for people to leave the streets, justice has to be served in a transparent manner. He then queried why the 5 points agenda of the youths is taking time to implement, stressing that the IGP should have resigned if the nation is a sane one.

“It is unfair to the lives that have been lost that you are coming here and telling us to get off the streets, it is extremely unfair. In fact, it is terrible for any human being to, without justice being done, tell people to get off the streets. I completely disagree with that. If you want people off the streets, make sure that justice is done and in a way that is transparent. Which one of those points really need time?”, he began.

“If we are being honest with ourselves, which one of all the points on the 5 for 5 agenda really needs time? You really need time to release all arrested peaceful protesters? Or you really need time to ensure that justice is done and appropriate compensation? What real actions have you taken to show that you are serious about doing this. Look at how long they dragged their feet for, even before they created the state panels. For example, nobody has been sacked. In any sane society, the Inspector General of Police would have already resigned by himself”, Falz added..