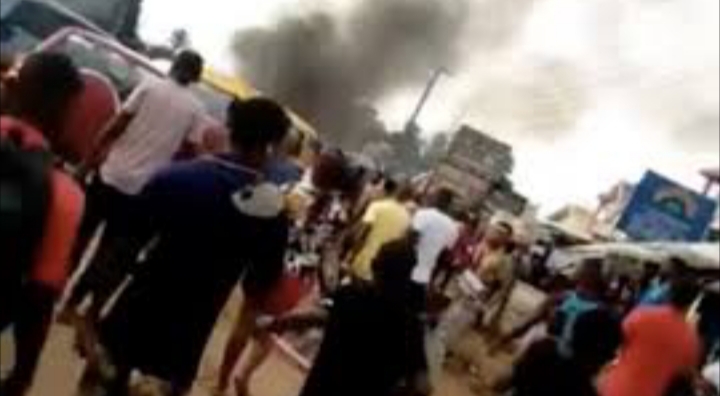 Hoodlums have reportedly broke into the premises of Benin Prison popularly known as White House and freed several inmates in one of the cells.

WITHIN NIGERIA learnt that the prisoners escaped as hoodlums attacked the White House prison along Sapele Road in the city.

It was also learnt that the suspected hoodlums were engaged by the armed squad of prison officials in gun fire which resulted into injuries of some persons.

According to report, the hoodlums also destroyed the High Court 4 which is situated beside the prison where the hoodlums vandalised.

It was also reported that the hoodlums started gathering along Sapele Road beside the prison as early as 7 am setting bonfires and sending back road users.

The hoodlums reportedly launched their attack when their number had increased considerably, broke a part of the wall while some climbed the fence into the prison yard.

A few of the inmates escaped with gunshots while an elderly man was recaptured while walking away like a passerby.

In a video obtained by WITHIN NIGERIA, the inmates could be seen escaping the premises via the fence.