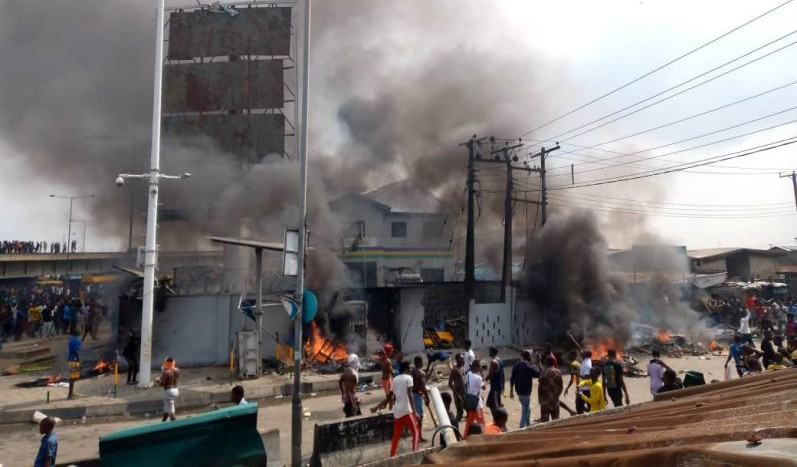 Some unidentified men who are said to have hijacked the EndSARS protest had stormed the area and set the police station on fire.

As at the time of filing this report, the station is currently in flames.

Recall that protesters, Monday also descended on some policemen attached to the Rapid Response Squad (RRS) of the Lagos State Command at Adekunle Police station, Yaba.

Yesterday’s attack occurred when about 97 policemen, who were being conveyed to their various beats on routine relief duties across the state, came across the violent protesters who started shouting “No Police, No Police”, and stoned them.