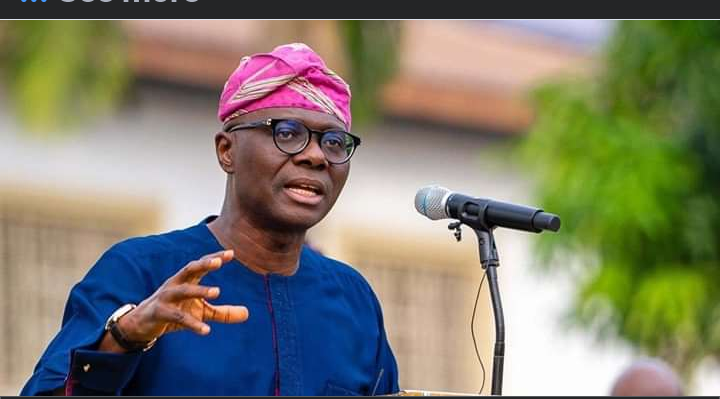 After receiving lots of bashing for imposing a 24 hours curfew in Lagos amidst #EndSars protest, Governor Sanwo-Olu has given reason why he had no choice than to make such decision.

According to Sanwo-Olu, he would not fold his hands as the governor of the state and watch things go wrong. He said the #endsars peaceful protests that was hijacked by hoodlums have caused havoc on the state, and put the lives of the very people I swore to protect in danger.

Sharing photos and videos from the crisis in Lagos today, 20th of October, 2020, he wrote;
” The total breakdown of law and order by hoodlums who unleashed mayhem on innocent citizens and our dear state, prompted our decision to impose the 24 hour curfew.

I identify wholeheartedly with the #endsars protesters, and made sure Lagos state created a habitable environment for them to air their grievances and complaints without intimidation. I immediately swung into action as soon as I was presented with their demands. Changes that could be made immediately were done. And the ones that required a process, were kickstarted.

I watched keenly as humanity and love for one another thrive during the protests. A groundnut seller received life changing funds to grow her business, Jane got a prosthetic leg, people who lost their personal items got them back, new friendships were formed, protests grounds were tidied at the end of each day. Those actions made me proud and I was glad that Lagos state had set herself apart.

However, it is sad to see what was meant to be a life changing, boundaries breaking, swift decision making, and status quo changing movement turn into a total bedlam by people who do not know the reasons why the protests started in the first place.

I watched these heartbreaking videos, and as Governor, history will not be kind to me if I fold my hands and allow arsonists, hoodlums, and anarchists hide under the guise of the #endsars protests to wreak havoc on the state, and put the lives of the very people I swore to protect in danger.
Imposing this curfew was difficult, especially as we have just returned from a COVID19 required lockdown. This curfew will allow security officials to immediately restore order to the state, and arrest the miscreants that have disrupted the peaceful protests.