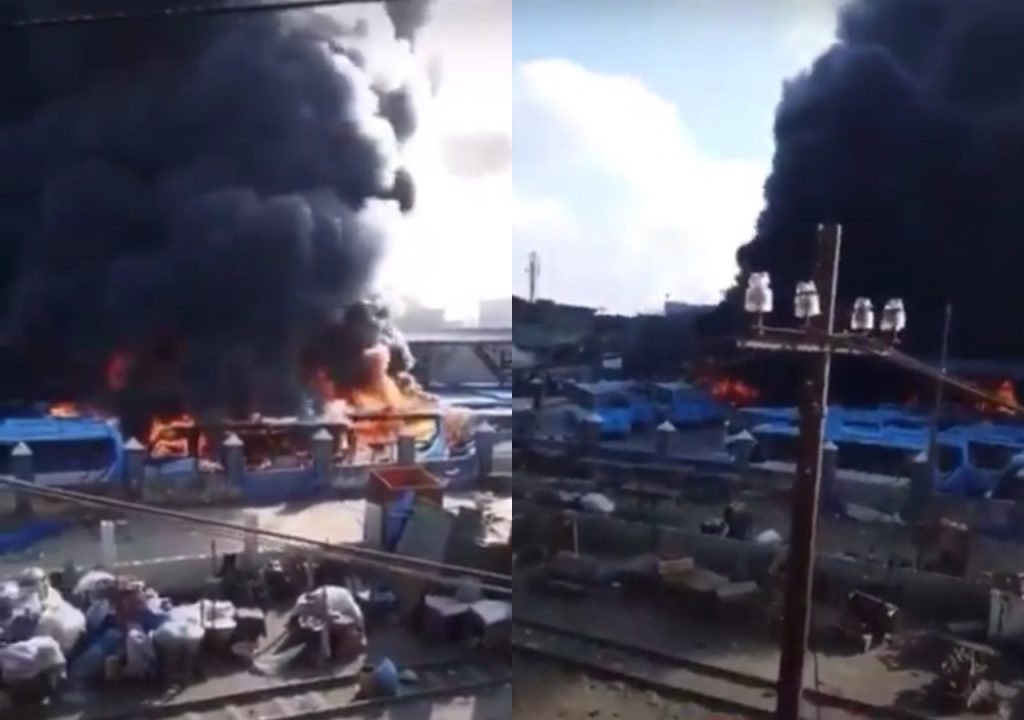 Bus Rapid Transit (BRT) buses have been set ablaze by hoodlums in Lagos.

The vehicles were parked at Oyingbo BRT Station.

It was gathered that angry youths stormed the premises Wednesday morning.

The attack was reportedly a reprisal.

There were over 20 buses in the terminal as at the time it was set on ablaze.

It was further gathered the hoodlums were protesting killing of two of their members by the police.

Tensions are high in different parts of Lagos.

The state is under a 24-hour curfew.