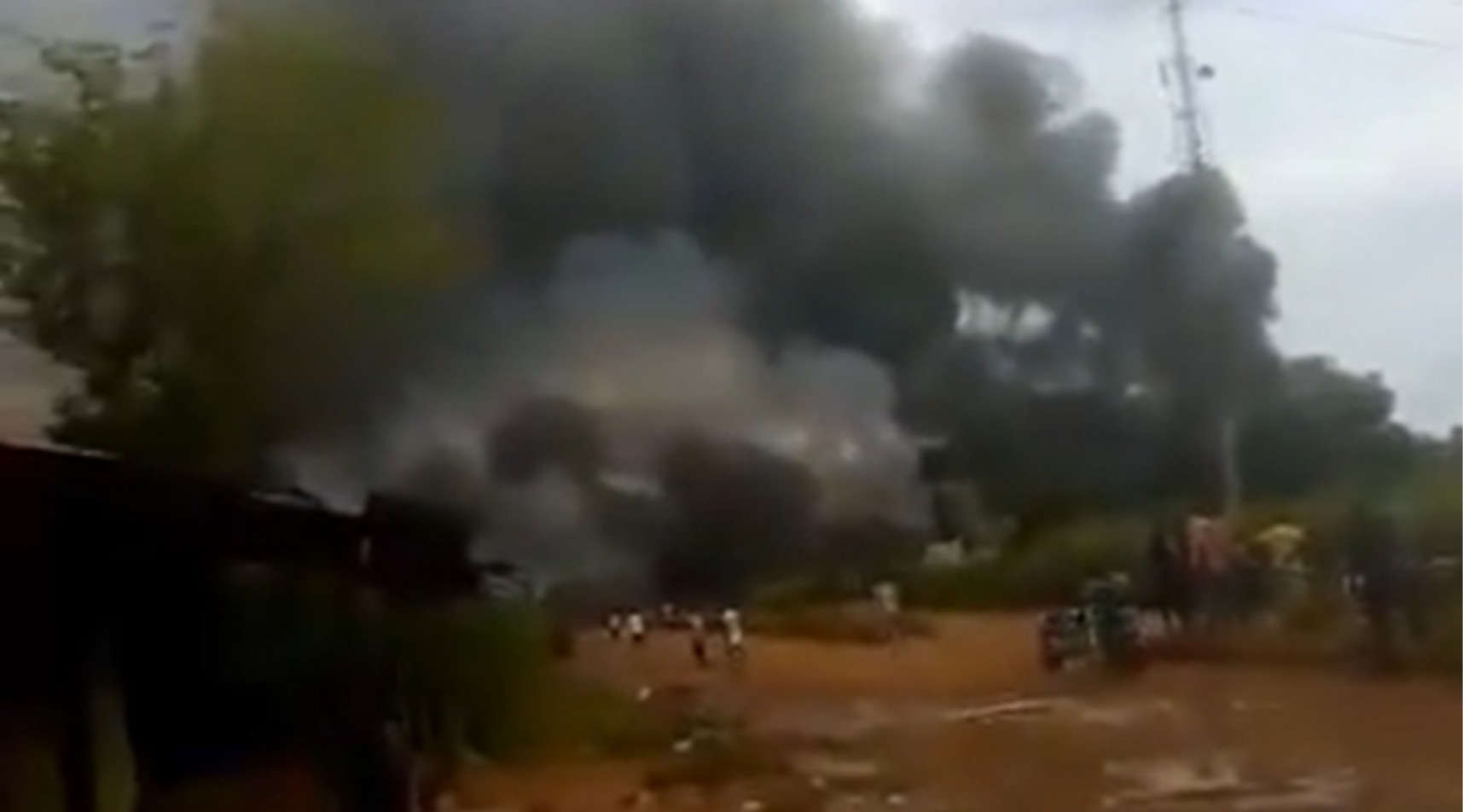 Hoodlums on Wednesday set Nworieubi Police Divisional Headquarters in Mbaitoli LGA of Imo State on fire in continuation of the ongoing protest against police brutality.

The police spokesperson in the state, Ikeokwu Orlando, confirmed the incident to the News Agency of Nigeria (NAN) on Wednesday.

According to him ” Yes I can confirm to you that the Nworieubi Police Division was set on fire this afternoon by hoodlums.

‘No arrest has been made yet, but police authorities have opened investigation into the matter,” he said.

Governor Hope Uzodinma had on Tuesday ordered a 24-hour curfew in Imo to end the ongoing protest in the state.

The reason for the curfew, according to him, was to arrest the situation in order to avoid loss of lives and properties.

Protesters ignored the curfew and embarked on a protest in various locations of the state.

The state’s Fire Service was mobilised by the state government to quench the fire.