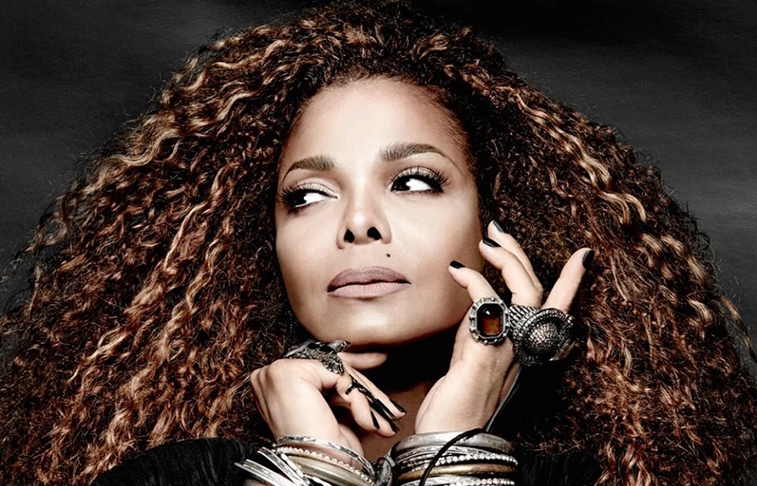 Veteran singer, Janet Jackson has reacted to the #EndSARS campaign.

In a statement, she released to her Twitter account, the American singer praised brave Nigerian youths for their courageous fight for a better Nigeria and said those behind the killings and brutality of EndSARS protesters have brought shame to the nation.

See her full statement below. 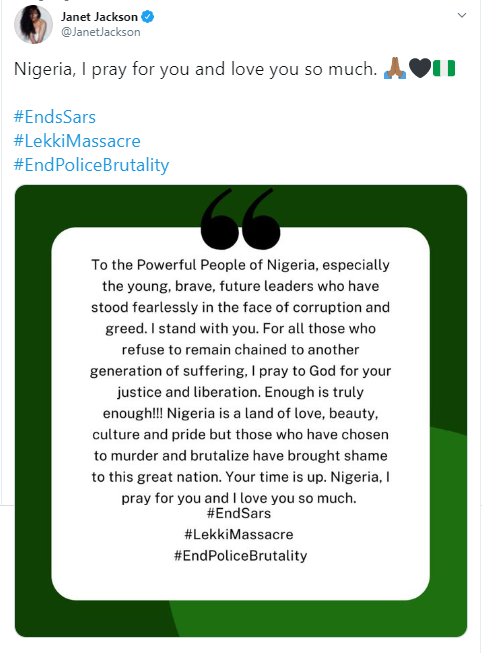 In other news, the All Progressives Congress (APC) have alleged the Peoples Democratic Party (PDP) of sponsoring and fueling the EndSARS protests through unguarded assertions on social media.

The APC Deputy National Publicity Secretary, Mr Yekini Nabena, who made the allegations in a statement on Wednesday, said PDP was also playing politics with the protests.

He maintained that the APC would not join issues with PDP on the development which the #EndSARS protests had taken. Read more here.