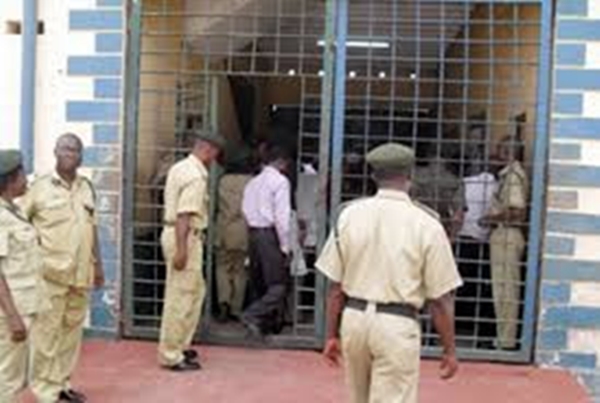 The National Correctional Service centre in Okitipupa Local Government Area of Ondo State, has been attacked by suspected hoodlums who forcefully released the inmates today October 22.

The hoodlums armed with dangerous weapons forced their way into the prison and released no fewer than 58 inmates. Properties including a vehicle were destroyed during the attack.

The Public Relations Officer of the Ondo State Command of the NCS, Barr. Ogundare Babatunde, has confirmed the incident and said attempts are being made to bring the situation under control.

Similarly, the Ikoyi Prison in Lagos is currently under attack as spate of violence continues in Lagos on Thursday

According to report, some hoodlums overpowered officials of the prison, in an attempt to free inmates.

It was gathered that the Hoodlums set the prison on fire while several scamper for safety.

According to online reports, inmates are trying to break out of prison as there are gun shot been heard in the area.

Meanwhile, response team who were sent to the area have pursued some of the Hoodlums, while some of the miscreants were said to be arrested.