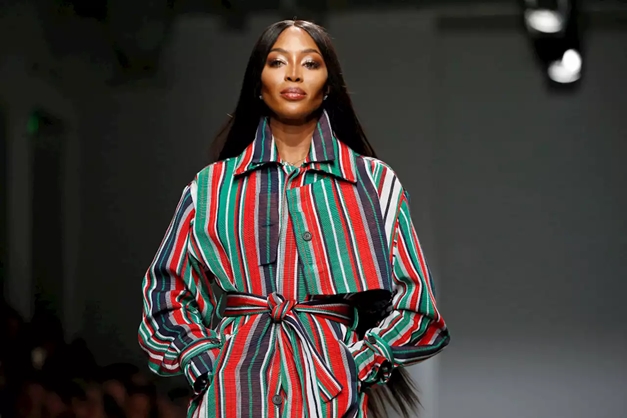 According to Naomi’s Instagram page, Facebook had flagged her post which showed the Nigerian flag and mentioned President Muhammadu Buhari to stop the incessant killing of the Nigerian people by it’s military.

Naomi told Facebook to allow people share their experiences freely and not shut them up thereby limiting the exposure of what is going on in the country.

Facebook thereafter issued a statement to resolve it as they have noticed a system glitch which is censoring people’s posts.

Naomi has continued to use her platform to draw the attention of all relevant international agencies to the ongoing crisis in Nigeria. 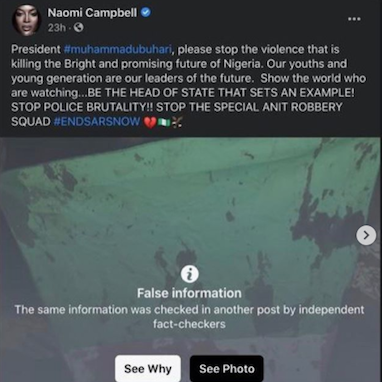 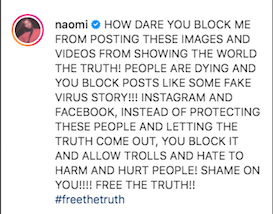 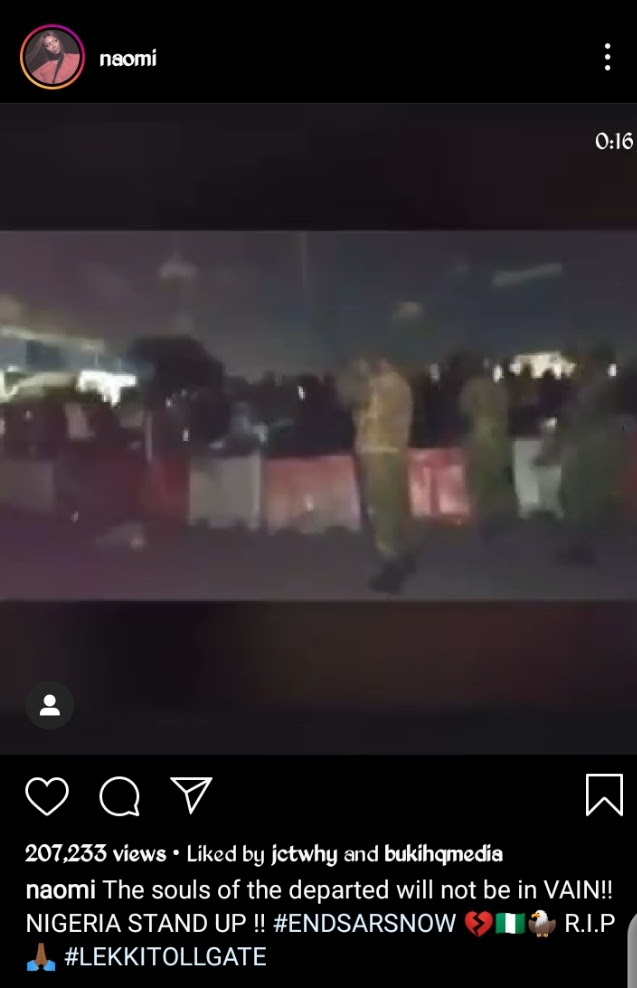 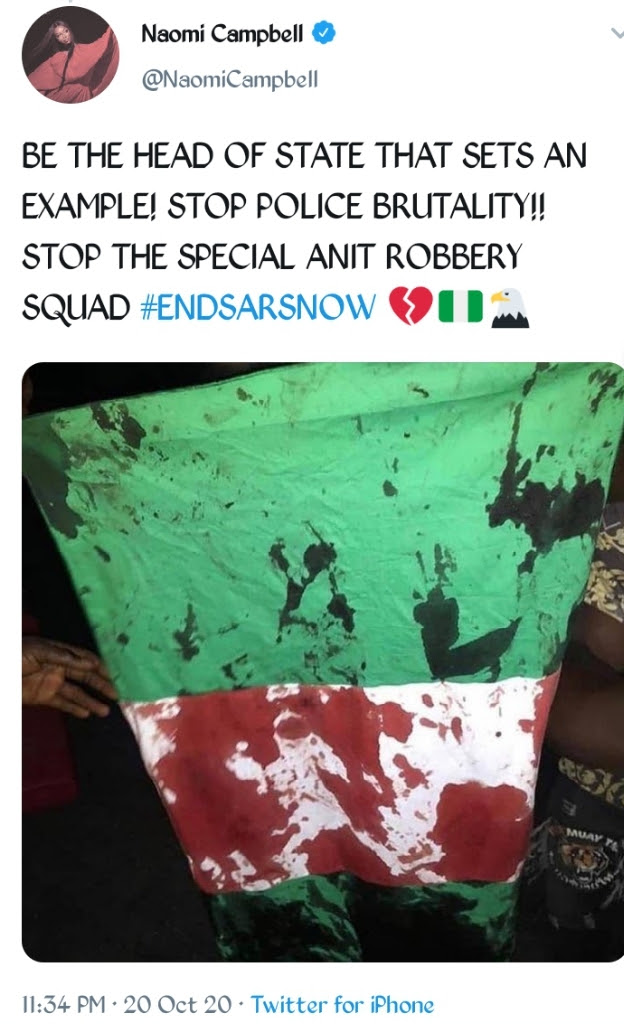