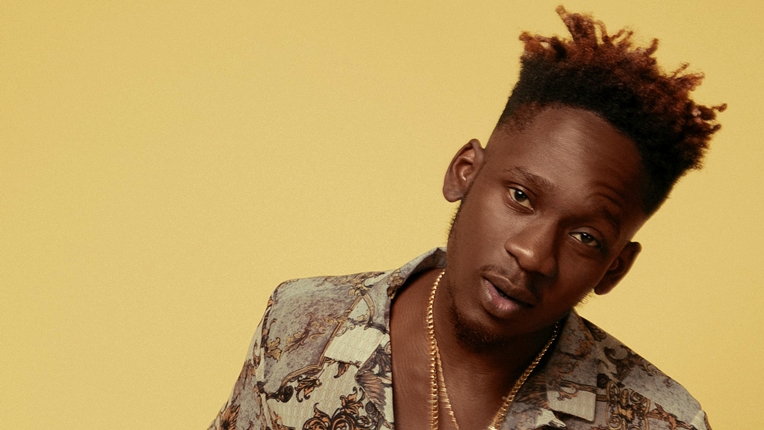 Nigerian singer, Mr. Eazi has called out ex-government officials lending their voices to the present unrest rocking the country.

According to Mr. Eazi, these old governments acting to care about present Nigeria brought the pandemonium currently in this nation upon the citizens due to their incompetence and selfish interests.

In a post via Twitter, the singer wrote, “Guys pls don’t get it twisted all these old Governors & Government people coming out to speak like them righteous are all part of the problem!! They started this!!

“They might have not killed us with Gun but they killed us for years with corruption #ENDBADGOVERNANCE Uncle what did u do when you were governor!!

“Asides make the future bleak for future generations by putting our money in ur pocket , what did you do when you were minister? You are the root of the cancer that is Bad Governance!! You are the cancer #ENDBADGOVERNANCE,” he wrote. 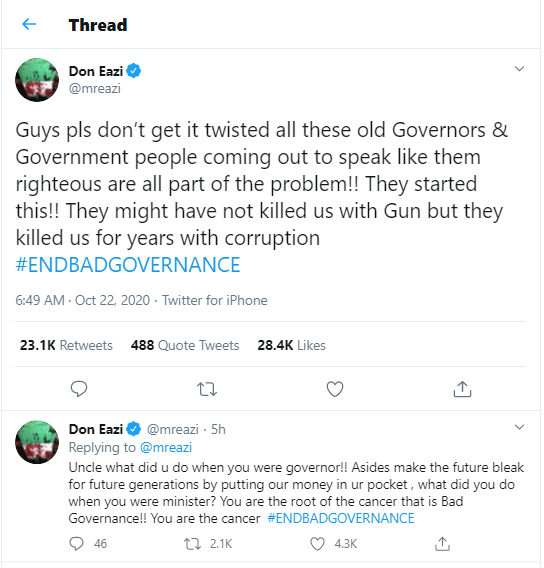 COVID-19: ‘I Need Oxygen To Support My Breathing’, Jason…

Actress, Iyabo Ojo cries out over threat message she got for…