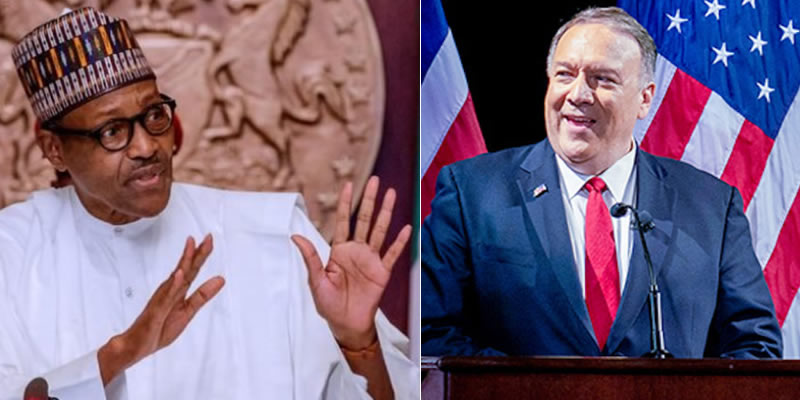 President Muhammadu Buhari has urged the international community to always ascertain all the facts available before taking a position, rushing to judgment and making hasty pronouncements.

In a nationwide broadcast on Thursday in Abuja, the president said the call had become imperative in view of the fact that some members of the international community had expressed concern about the #EndSARS protests in Nigeria.

The president’s appeal may not be unconnected with the concern expressed by former First Lady of the United States, Hillary Clinton, and former Vice-President Joe Biden on the #EndSARS protests.

Also, recall that the duo, EU, and other international figures had condemned the killings and shooting of innocent Nigerians protesting against bad governance, extra judicial killings, assaults and maltreatment of youths by the operatives of the Special Anti-Robbery Squad, SARS.

Speaking, he told them to get their facts right before taking positions or rushing to judgment and making hasty pronouncements.

“To our neighbours in particular, and members of the international community, many of whom have expressed concern about the ongoing development in Nigeria, we thank you and urge you all to seek to know all the facts available before taking a position or rushing to judgment and making hasty pronouncements.”

The Nigerian leader said the choice to demonstrate peacefully is a fundamental right of citizens as enshrined in Section 40 of the nation’s constitution and other enactments.

He, however, stated that the right to protest also imposes on the demonstrators the responsibility to respect the rights of other citizens and the necessity to operate within the law.

“The spreading of deliberate falsehood and misinformation through the social media in particular, that this government is oblivious to the pains and plight of its citizens is a ploy to mislead the unwary within and outside Nigeria into unfair judgment and disruptive behavior.

“On the contrary, both our deeds and words have shown how committed this administration has been to the well-being and welfare of citizens, even with the steadily dwindling revenues, and the added responsibilities and restrictions due to the coronavirus pandemic,” he said.

He described as unfortunate how the promptness in the scrapping of SARS by the Federal Government was misconstrued.

“On approving the termination of SARS, I already made it clear that it was in line with our commitment to the implementation of extensive police reforms.

“Sadly, the promptness with which we have acted seemed to have been misconstrued as a sign of weakness and twisted by some for their selfish unpatriotic interests.

“The result of this is clear to all observers: human lives have been lost; acts of sexual violence have been reported; two major correctional facilities were attacked and convicts freed; public and private properties completely destroyed or vandalised; the sanctity of the palace of a peace maker, the Oba of Lagos, has been violated.

“So-called protesters have invaded an international airport and in the process disrupted the travel plans of fellow Nigerians and our visitors,” he said.

On measures put in place to address the challenges facing the country, the president revealed that the Federal Government had put in place measures and initiatives principally targeted at youths, women and the most vulnerable.

He reaffirmed the Federal Government’s commitment to preserving the unity of the country.

“We will continue to improve good governance and our democratic process, including through sustained engagement.

“We shall continue to ensure that liberty and freedom as well as the fundamental rights of all citizens are protected,’’ Buhari said.