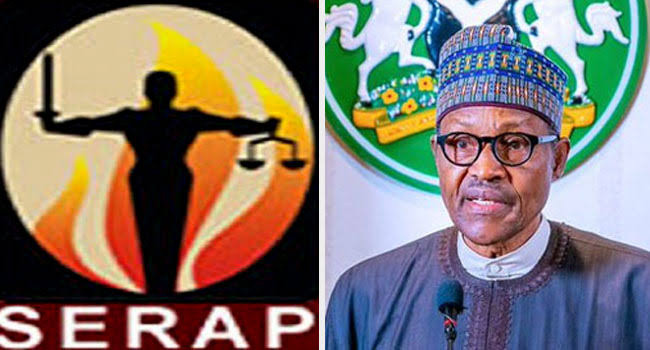 The Socio-Economic Rights and Accountability Project (SERAP) has stated that it will sue the Nigerian Government led by President Muhammadu Buhari.

According to SERAP, the suit will also compel the government to protect the lives and properties of Nigerian citizens.

SERAP on Wednesday submitted a report to the International Criminal Court informing them of the alleged killing of protesters by the Nigerian military.

This is coming after the inability and unwillingness of government to stop the ongoing crisis in the country caused by the government’s refusal to meet the demands of the #EndSARS protesters.

“President Buhari’s government seems unwilling or unable to stop the violence, looting and killings by armed thugs in Lagos and other places.

“We’ll sue to compel @NigeriaGov to protect people’s rights to life, security and liberty if this is not urgently addressed. #EndSARS,” SERAP tweeted. 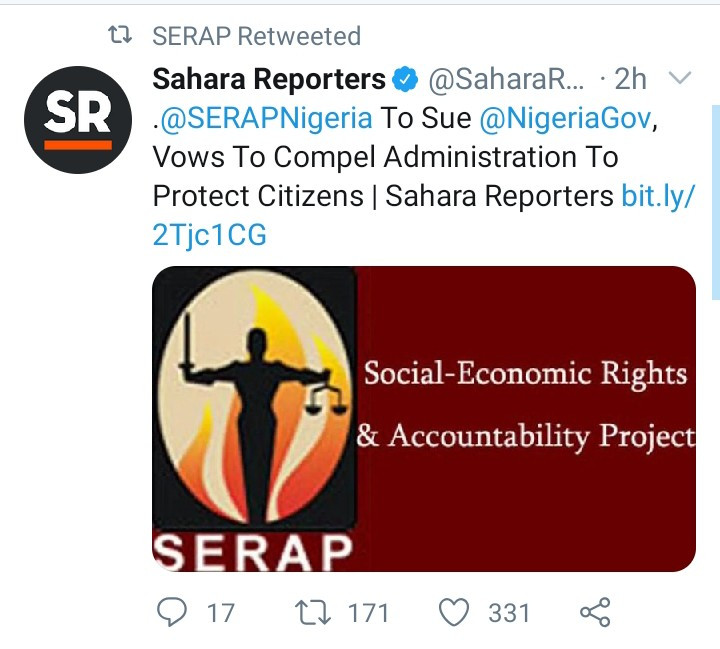 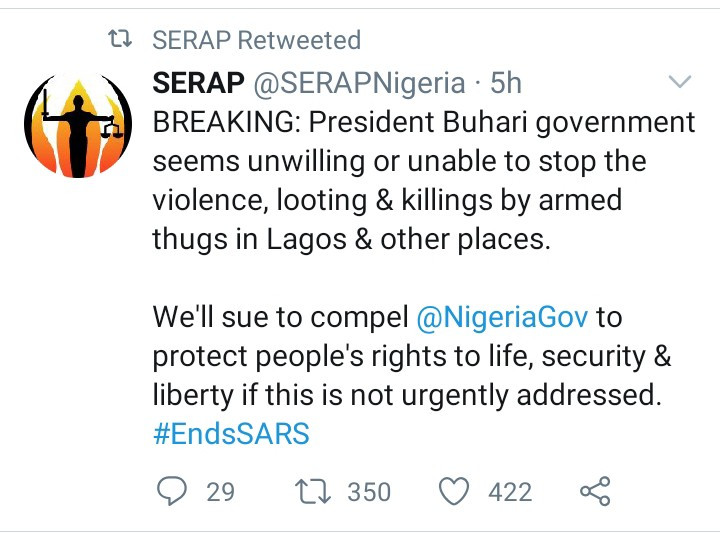 Reprisal attacks on various government and private owned facilities have been occuring in all parts of the country over the last 48 hours following the Nigerian Army’s shooting of unarmed #EndSARS protesters on Tuesday night, October 20 at the Lekki Toll Gate.

Oba of Lagos pardons hoodlums who looted palace, carted away Staff of…