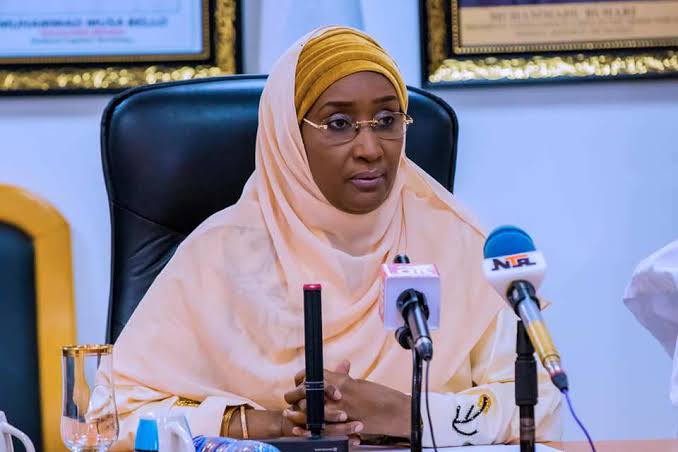 The Federal Ministry of Humanitarian Affairs, Disaster Management and Social Development has announced on Tuesday that a total of N6,091,580,000 has been disbursed to 129,137 poor and vulnerable households in Zamfara State.

Minister of Humanitarian Affairs, Disaster Management and Social Development, Sadiya Umar-Farouq, stated this during a meeting with the Emirs and other stakeholders at the Zamfara State Government House, Gusau.

She was quoted in a statement issued by the ministry’s Chief Information Officer, Adeyemo Felicia, as saying, “The disbursement is done through the Conditional Cash Transfer programme to the poor and vulnerable households in the state.

“It is done with a monthly base cash transfer of N5,000 to each beneficiary, with the sole aim of graduating them out of poverty.”

The minister stated that the programme improved the socio-economic livelihoods of over 130,000 beneficiaries with payments of between N30,000 to N80,000 distributed based on the dates that each beneficiary was registered on the CCT exercise.

She said the existing National Social Investment Programmes were being expanded to offer wider protection to the most vulnerable persons and communities in Nigeria.

“The register has grown under my stewardship to 420,358 households and 1,950,201 individuals that will benefit from the government’s social safety net programmes.

“Furthermore, cash transfers will be expanded to cover an additional one million households nationwide. Of this expansion, Zamfara will have a total of 138,861 new beneficiaries, in addition to the 130,000 currently being paid through the CCT”.

The Zamfara State Governor, Muhammad Matawalle, who was represented by the Secretary to the State Government, Bala Maru, urged the Federal Government to intervene in road construction that would give security agents access to remote areas where bandits hide.