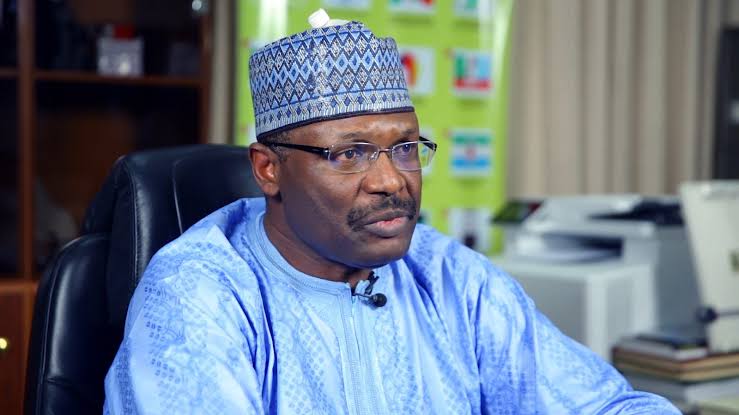 The Peoples Democratic Party (PDP) has expressed the optimism that the reappointment of Prof Mahmood Yakubu as chairman of the Independent National Electoral Commission (INEC) will serve as impetus to credible elections in the country.

In a statement on Wednesday by the spokesman for the PDP, Kola Ologbondiyan, the party said the reappointment has entrusted Prof Yakubu with the fate, hope and future of over 200 million Nigerians, as well as those of generations yet unborn.

The PDP said, “We consider this reappointment by President Buhari as an impetus to demonstrate a readiness for a free fair and credible election, which Mr. President had always promised to bequeath at the end of his second and final term in office in 2023.

“In the light of this five-year extension, our party hopes that the failures, disappointments and miscarriages that characterised the first five years tenure of Yakubu will have no place in the new order.

“It is therefore instructive to state that with his re-appointment, Prof Yakubu has been given an ample time and opportunity to redeem himself, the image of the commission and preparation for credible, free and fair elections in our country.

“At least, with this reappointment, whatever happens in our future elections cannot be ascribed to inexperience and lack of adequate preparedness on the side of INEC”.

The main opposition party changed the INEC chairman to spend the nearly three years ahead of the next general election to rejig the commission.

It also charged him to work out appropriate electoral policies and guidelines and to push for amendment of the Electoral Act, in conjunction with the National Assembly, with a view to giving the nation a credible electoral process.

Urging Professor Yakubu to be mindful of the aphorism that to whom much is given, much more is expected, the PDP said the reappointment comes with a lot of expectations from Nigerians.

“He must quickly take painstaking look into issues that aid manipulations, rigging, violence and inconclusive elections which marred most of the exercises conducted in his previous tenure.

“Prof. Yakubu should note that the future, stability and corporate existence of our nation have been entrusted in his hands as credible election is the bedrock of any democratic society”, it added.

The party also urged the National Assembly, particularly, the Senate, to focus on these pertinent issues in the course of screening Prof. Yakubu to ensure that the failures of the past are not given accommodation in the new era.