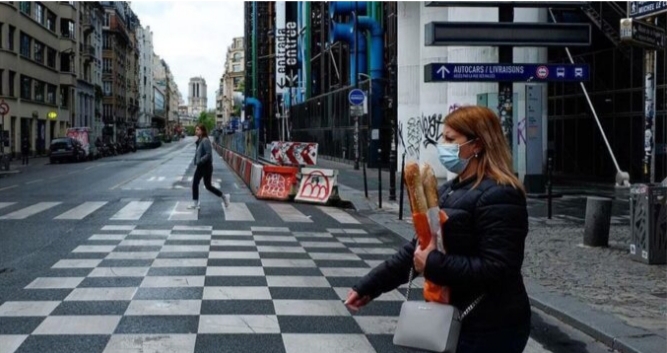 A second nationwide lockdown to slow the spread of coronavirus has been imposed by France due to a record surge in infections.

President Emmanuel Macron had earlier announced that travels between regions will be banned during the lockdown while only essential services will be allowed to continue.

The lockdown followed a record number of new coronavirus cases in the country after initial measures to slow the spread of the virus were relaxed.

A top official and adviser of the French government, Jean-François Delfraissy reportedly described the second wave of the pandemic as “fatal.”

“We are in a difficult, even critical, situation. We foresaw a second wave but we are surprised ourselves by the brutality of what has happened over the last 10 days,” he said.

“The second wave will probably be worse than the first. Many people still haven’t realised what is waiting for us. This wave is invading Europe… will last several weeks, even one or two months.”

France is said to be recording 380 new coronavirus cases each week per 100,000 people after reporting tens of thousands of infections daily.

On Tuesday, the country recorded 523 deaths from the virus, said to be the highest daily tally since April.

It has so far recorded 35,541 deaths from about 1.2 million cases, making it the fifth most affected country globally.