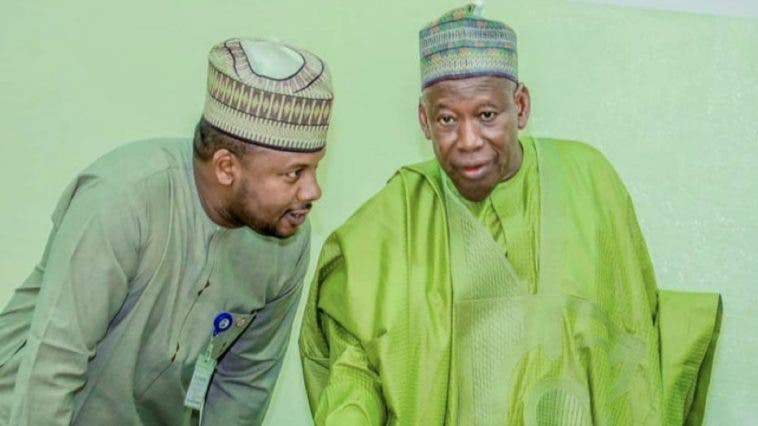 Ganduje, who suspended Salihu Tanko Yakasai for attacking President Muhammadu Buhari over EndSars protests, reinstated the aide without much details.

Yakasai took to his Twitter handle accusing President Buhari of been insensitive to the plights of Nigerians who suffered acute poverty, hunger and diseases.

The tweet received overwhelming liking and several comments from Nigerians, forcing Governor Ganduje to quickly order for his suspension.

However two weeks after, the Governor is said to have reinstated the aide without much details.

Yakasai on Thursday took to his Twitter handle @dawisu to appreciate all those who showed solidarity with him.

“I wish to thank each and everyone that reached out to me, or sent messages of goodwill over my reinstatement as Special Adviser Media to H.E Governor Umar Ganduje, after my 2 weeks suspension.

“I am grateful to you all for your support and prayers. Thank you so much. #ZeroTension,” Yakasai tweet reads.

Prior to his reinstatement, Salihu Tanko Yakasai was seen as the new Headquarters of the State Public complaints and Anti Corruption Commission, alongside its Chairman, Muhyi Magaji Rimin Gado inspecting the place.