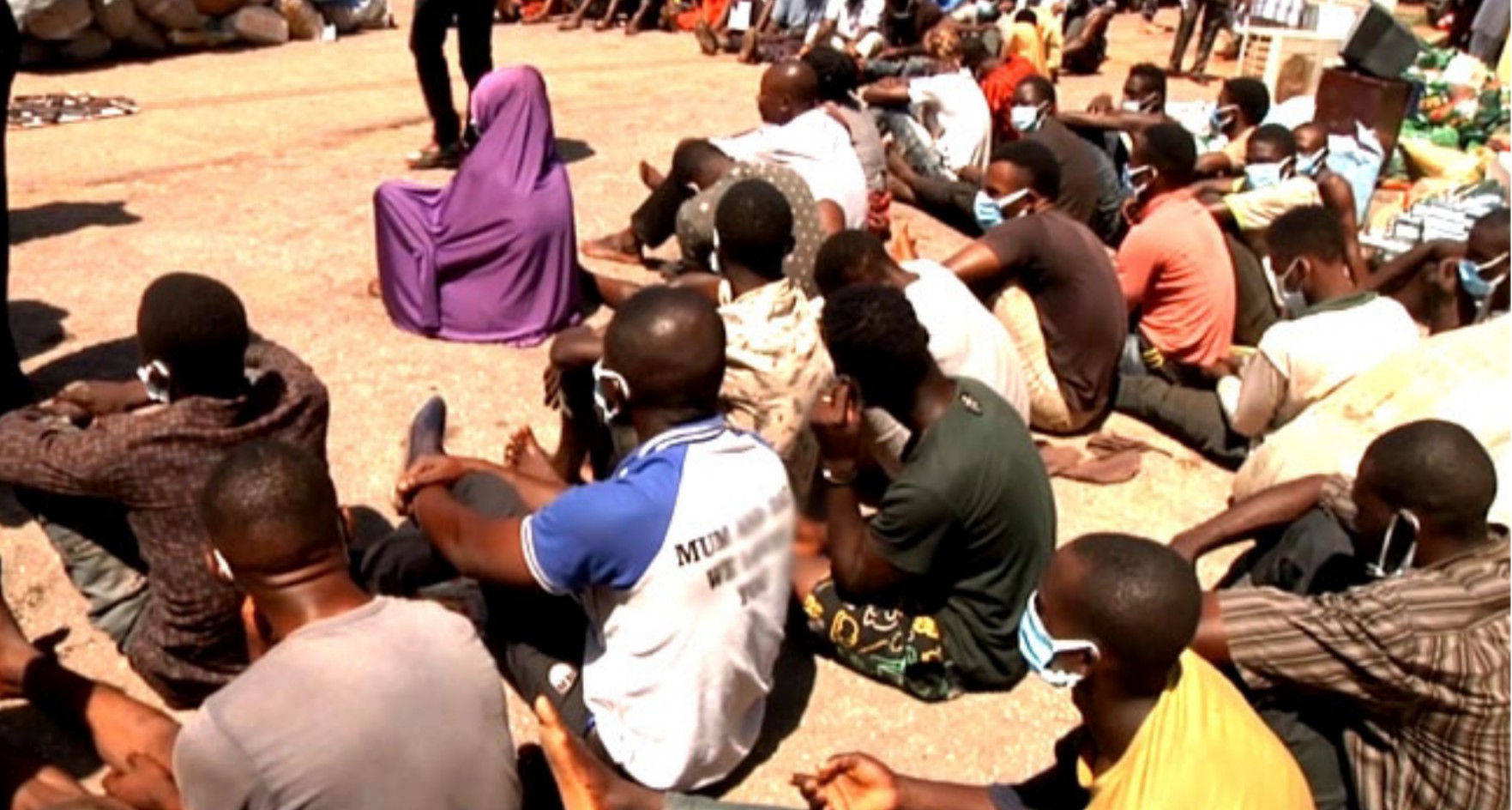 Kaduna police have arrested 93 suspects in connection with the looting and vandalisation of public and private properties in various parts of the State.

Mr Umar Muri, the Commissioner of Police in Kaduna, disclosed this on Saturday while briefing Journalists on the security situation in the state.

The arrest came days after some residents hiding under the #EndSARS protest invaded some government warehouses, including the office of the National Agency for Food Drug Administration (NAFDAC), as well as private properties and carted away COVID-19 palliatives and seized fake and expired drugs, among other items.

Muri stated that the arrested suspects were responsible for the unprecedented vandalisation and theft of public and private properties across the state.

He said that the police also recovered several looted items, including bags of grains, mattresses, bundles of zinc, computers, air conditioners, water testing machines, and many others, all looted from the NAFDAC office and other places.

According to the police commissioner, the command, working in collaboration with other sister security agencies have so far dealt decisively with all acts of lawlessness in the state.

He noted that investigation was ongoing while efforts were ongoing as well to charge all the suspects to court for the crimes committed.