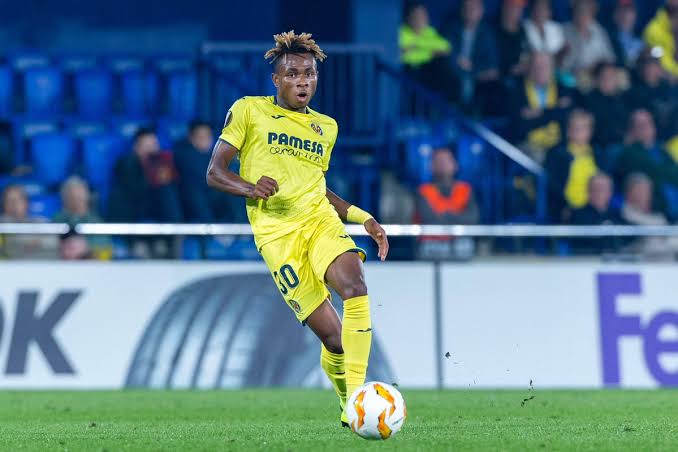 Samuel Chukwueze netted his first goal of the season and ended his Laliga goal drought, after scoring in Villarreal’s 2-0 home win against Real Valladolid on Monday night.

The last time Chukwueze scored in Spain’s top flight was in November 2019 in a 3-1 home defeat to Celta Vigo.

Chukwueze opened scoring for Villarreal in the 21st minute before Pau Torres added the second goal on 37 minutes.

The win took Villarreal to third on 15 points in the Laliga table.

The Yellow Submarines have now gone undefeated in their last seven games in all competitions.

Also, Nigerian defender Ola Aina scored his first goal for Fulham as they claimed their first win in the Premier League this season with a 2-0 home win against West Bromwich Albion on Monday.

Aina who was featuring in his fifth appearance for Fulham, scored the second goal in the 30th minute.

Fulham now have one win in seven Premier League games while West Brom are yet to win after the same number of games.

The London club occupy 17th place on four points and the Baggies are 18th on three points in the league table.