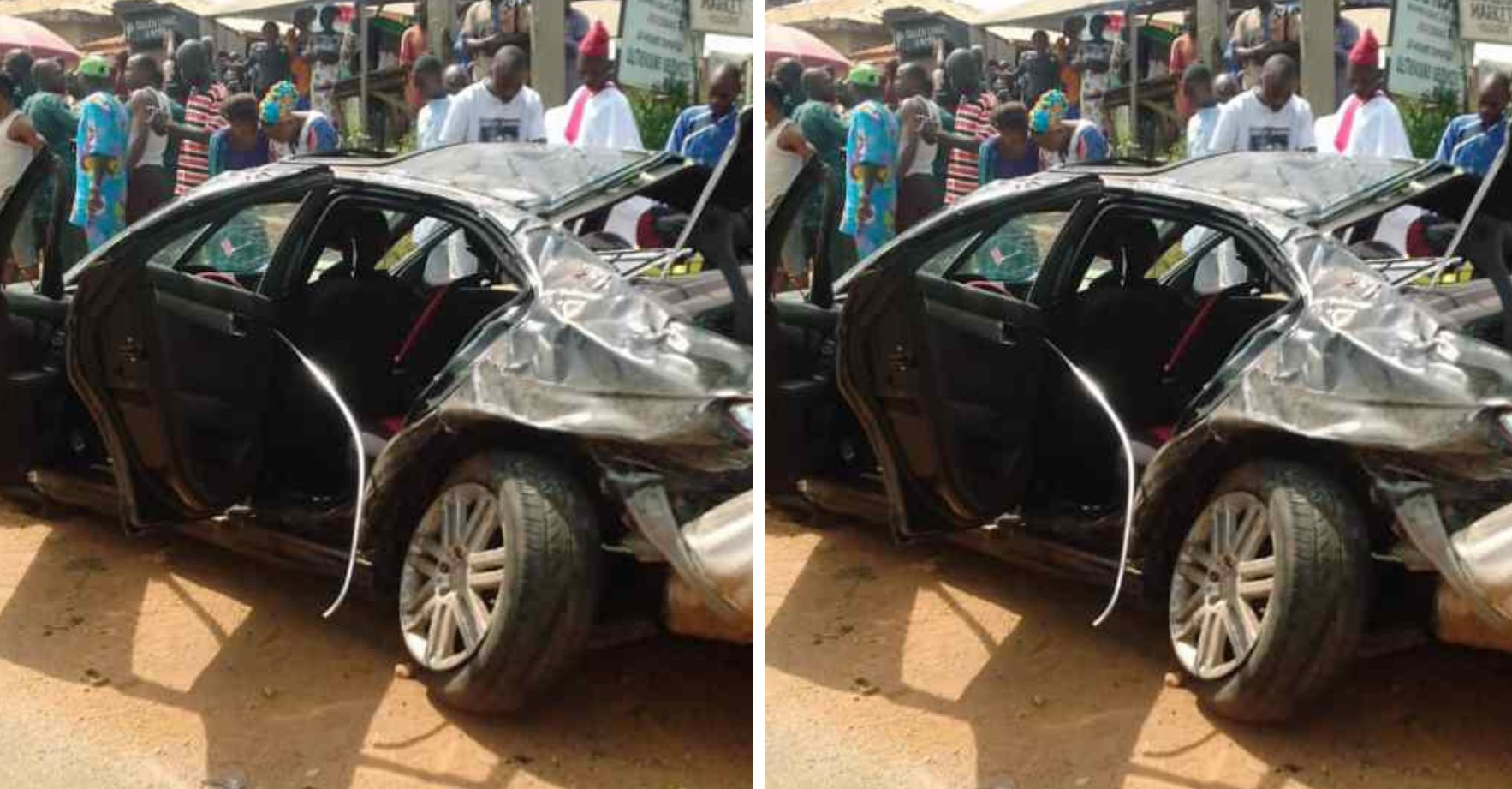 One person was reported dead in a vehicle accident along Osogbo-Ikirun road on Saturday.

It was gathered that the Mercedes Benz C-Class vehicle somersaulted after it hits the road median on high speed leading to the death of the driver instantly.

The car, with registration number KRD 809 GK, according to an eye witness had five occupants at the time of the incident around 4:20 pm as four-person sustained various degrees of injury.

It was learnt that the victims were on their way to a birthday party in Osogbo when the unfortunate incident happened.

Confirming the incident, the Public Relations Officer of the Federal Road Safety Corps, Osun State Sector, Agnes Ogungbemi said the accident occurred as a result of over speeding.

She said one person died on the spot, while four others sustained various degrees of injury and were taken to LAUTECH Teaching Hospital in Osogbo, while the deceased body was deposited at the hospital morgue.

“It was a lone accident, the vehicle lost control due to over speeding and collide with the median on the road. One of the occupants died on the spot while four others sustained various degrees of injury.”

The injured victims were taken to the LAUTECH teaching hospital in Osogbo for treatment while the corpse was deposited at the hospital’s morgue.