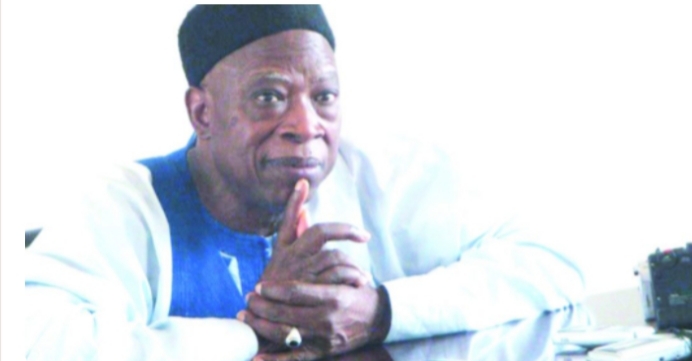 Senator representing Nasarawa-west district, Abdullahi Adamu has revealed that the #EndSARS protests were sponsored by some prominent Nigerians to discredit the north.

Recall that the #EndSARS protests were staged by youth across the country to campaign against police brutality in October.

Adamu in an interview with Daily Trust described the protests as “machinations against northern interest”.

The former governor of Nasarawa state who served between 1999 and 2007 said they were sponsored because “one of us is the president today”.

According to him, if President Muhammadu Buhari were not from the north, “you will never see this kind of nonsense”.

“Some prominent Nigerians have made claims to that effect, just about a month or six weeks after their prophecy of doom became manifest with the EndSARS protests. We believe that from the little information we got when the protests were taking place, the actual timing was not what the young people really wanted,” Adamu said.

“Fortunately, the negotiation between labour and the government was successful, leading to labour calling off their intended strike. The government handled this situation very well. But the issue of police was a bit hasty because it has affected the morale of the police.

“We saw some machinations against northern interest in the Federal Republic of Nigeria. One of us is the president today. And you will never see this kind of nonsense when a non-northerner is there. I am sorry and regret to say this, but that is the reality and the truth.”

When asked to mention names of those allegedly behind the protests, Adamu said “we do not want to start mentioning individual names at the moment. If it comes to that, we will”.