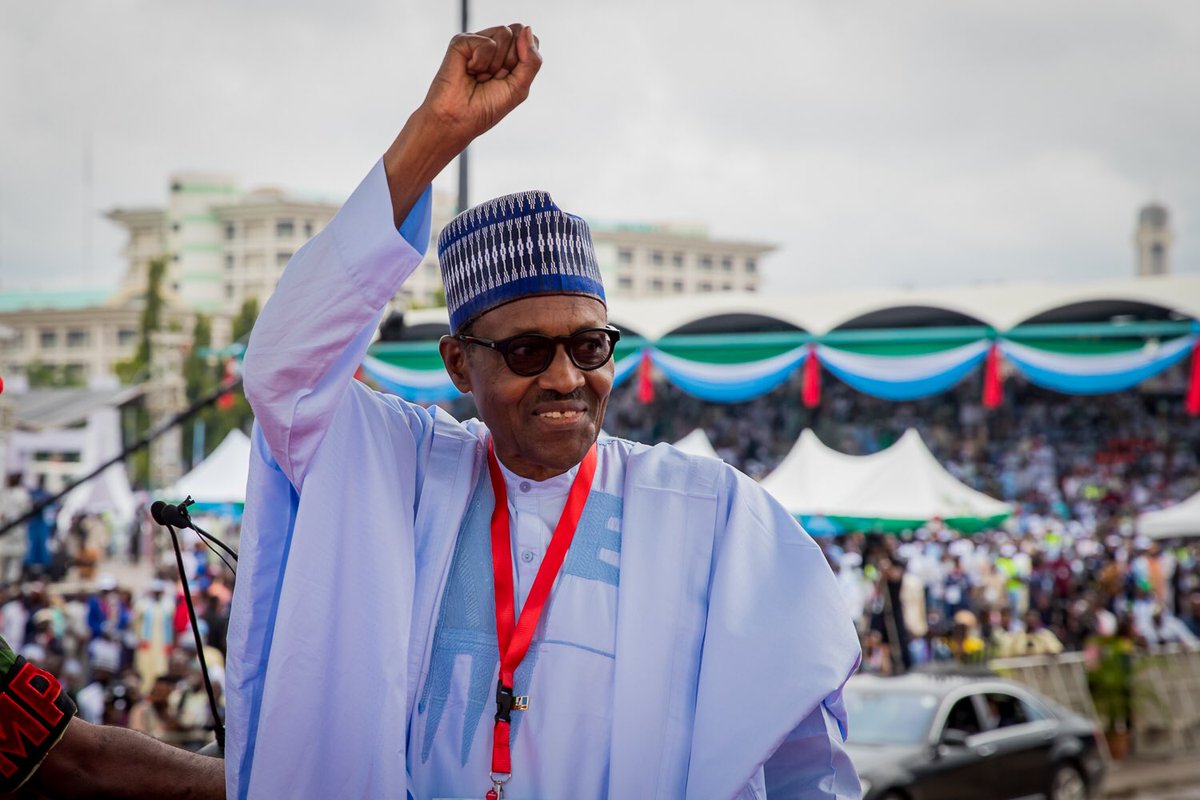 The Governor Mai Mala Buni-led Caretaker/Extraordinary Convention Planning Committee CECPC of the ruling All Progressives Congress APC has explained why it is not in a hurry to conduct a national convention, saying the condition precedent to having such an exercise had to be put in place first.

The committee said it was instead focused on achieving and sustaining true and lasting unity, peace and reconciliation across party ranks and ahead of the planned national convention of the Party.

APC in a statement by its Deputy National Publicity Secretary, Yekini Nabena was responding to a report accusing the caretaker committee of surreptitiously seeking an extension of its six-month mandate.

The CECPC was constituted and inaugurated by the 8th resumed meeting of the APC National Executive Committee NEC in June with a core mandate to achieve peace-building, true reconciliation and to give a sense of belonging to every member of the Party.

The statement said while a section of the media has been awash with reports of a tenure extension for the CECPC, “the focus remains achieving and sustaining the APC caretaker committees peace and reconciliation core mandate”.

According to him, “it is important that the APC conducts its planned national convention to produce the Party’s national leadership as a united house. Otherwise, the main aim of constituting the CECPC following the dissolution of the immediate-past National Working Committee (NWC) will be defeated”.

The statement said the Governor Buni-led CECPC has deployed a combination of true reconciliation, consultation and inclusiveness in achieving unity and cohesion in the Party.

“To reposition the Party to ensure good governance, Governor Buni proposed the recently-inaugurated tripartite Executive/Legislative/APC Consultative Committee which is ensuring synergy, good governance and accelerated implementation of the Next Level agenda.

“A peacemaker and stabilizing voice, Governor Buni is meeting all leaders, known party groups and interests in order to accommodate all interests. This has resulted in renewed commitment on the part of party members.

“Ahead of the planned APC National Convention and indeed the 2023 General Elections, stakeholders should continue to support the CECPC efforts to unite the party in order to make it formidable enough to consolidate on the APCs national governing status and landmark achievements. The APC must not go into a National Convention, and indeed a general election in crisis. We should take it one step at a time and ensure that the ongoing national reconciliation process being undertaken by the CECPC is sustained, successful and continue to yield results”, the party stated.

Nabena said it is not surprising that elected National Executive Committee (Non- National Working Committee) members at a recent meeting with the party’s national leadership, passed a vote of confidence on the Governor Mai Mala Buni-led APC CECPC.

“This was sequel to an earlier passed confidence vote on the CECPC by 36 State APC Chairmen, including the Federal Capital Territory.

“To further carry along dedicated party members, the CECPC is already working with the President Muhammadu Buhari-led APC administration to urgently address the reward system for dedicated and loyal party members, particularly on the appointment of deserving party members into several boards, agencies and parastatals of government.

“It is commendable that the consultative Party leadership style instituted by Governor Buni as Chairman of the APC CECPC has brought back many prominent Party members and leaders including, former national chairman of the Peoples Democratic Party (PDP), Senator Barnabas Gemade; former Speaker of the House of Representatives, Rt. Hon. Yakubu Dogara, Dr Alex Otti among others.

“Also, the CECPC has resuscitated the Partys internal dispute resolution mechanisms and has set up reconciliation committees for Oyo, Edo, Ondo, Imo, Ogun, Ekiti among other States chapters with reported disputes. The Committees are already meeting with the key stakeholders in the various states and has achieved substantial reconciliation in many states.

“The success stories of the ongoing reconciliation efforts abound. Case points are Cross River State where the CECPC reconciled the two factions and appointed a State Caretaker Committee led by Sen. Matthew Mbu (Jnr.) as acting State Chairman. In Ondo State, all the Governorship aspirants were brought together, campaigned and worked for the successful re-election of the APC Candidate, Governor Rotimi Akeredolu (SAN).

“In Akwa Ibom State, the CECPC brought together all the contending interests under one roof and achieved true reconciliation. Today, in Akwa Ibom, leaders such as Sen. Godswill Akpabio, Obong Nsima Ekere, Mr Umana O. Umana, Sen. Ita Enang, Barr. Bassey Dan Abia (Snr) among others are working together and in the collective pursuit of Party interests.

“At the national level and on the auspices of the CECPC, the Minister of Transportation, Rt. Hon. Chibuike Rotimi Amaechi and Minister of State for Petroleum Resources, Chief Timipre Sylva have resolved in Party interest to work together and strengthen the Party, particularly in the South-South geo-political zone”, he stated.

Nabena recalled that the Governor Buni-led APC CECPC met last Tuesday at the Party’s National Secretariat and reviewed the implementation of the CECPC’s three-month action plan.

“It is important to take cognizance of the fact that the prior internal party crisis which was unfortunately left to fester before the advent of the CECPC distracted public attention from appreciating the monumental strides that the President Muhammadu Buhari-led APC government is making in delivering on APCs three critical electoral promises fighting corruption, security and revamping the economy from 16 years Peoples Democratic Party (PDP) misrule and mismanagement”, the APC added.