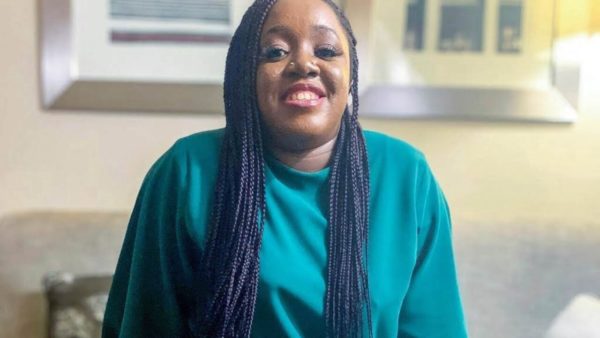 The Nigeria Immigration Service (NIS) has revealed why it seized the international passport of Modupe Odele, a lawyer who offered free legal service to some protesters arrested by the police during #EndSARS protests.

According to PREMIUM TIMES, the NIS comptroller general, Muhammad Babandede said the directive to deny the activist from travelling abroad came from an unnamed security agency.

Recall that the lawyer and #EndSARS promoter, Ms Odele was prevented from travelling to Maldives to celebrate her birthday on November 1 following her role during the protests against police brutality in October.

Nigerians later took to Twitter to trend #FreeMoeSexy. Many also called on the federal government to stop harassing citizens demanding an end to security operatives brutality.

The service chief while explaining the reason for the immigration authorities action said it got a directive from an undisclosed security agency.

“We represent all the law enforcement agencies in Nigeria at the border posts. So if there are issues concerning anyone, we are always asked to observe, check and report to the appropriate authorities. In fact, we do many things at the borders which are not known to many Nigerians. Some of them border on national security, which we don’t need to disclose to Nigerians.”

“So it was one of those issues that necessitated that we should take her passport. We have checked and we are able to finish. Now she can travel. She wanted to come but we said she could even send her lawyer, so that she can travel.”

He further argued that they carried out the act to strengthen national security.

“The truth is that we don’t explain issues of national security. Even in court, we only explain to the judge without giving details. Let’s say, for instance, there is a roadblock, and security operatives stopped you to conduct searches on you, if you missed an engagement, it doesn’t mean that you can make claims.”

He concluded by saying that the service is done investigating Ms. Odele and she may pick her passport anytime she likes.