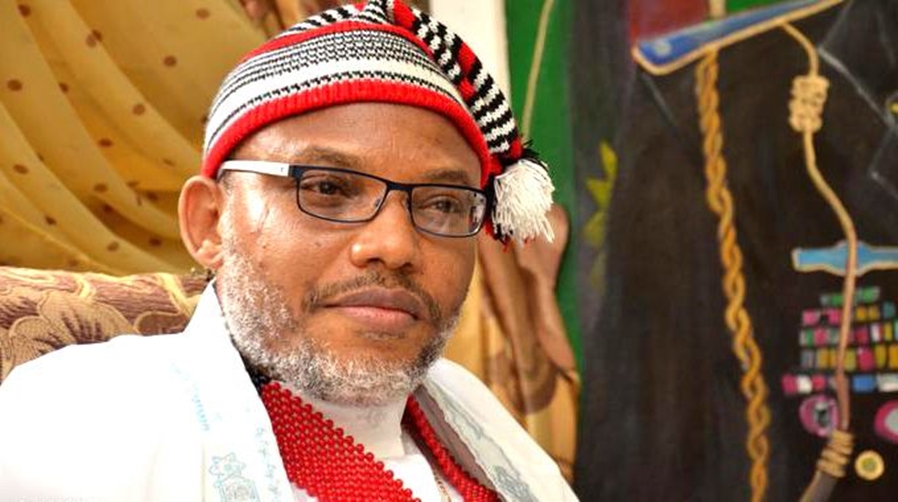 The leader of the Indigenous People of Biafra (IPOB), Nnamdi Kanu has been condemned by the Coalition of Northern Groups and Leaders of Igbo Community of Northern Nigeria on Saturday for the role he played during the #EndSARS protests.

Recall that Nnamdi Kanu during the protests which later turned violent had urged the #EndSARS protesters to continue the demonstration against the Nigerian government.

Part of the communique issued after the meeting between the Coalition of Northern Groups and Leaders of Igbo Community of Northern Nigeria held in Abuja, condemned all manifestations of insecurity anywhere in Nigeria and urged the government to live up to its responsibility of securing the lives and properties of all citizens.

The leaders advised Nigerians to resist the temptation to live in perpetual blame of one section or another, one tribe or another, and one religious creed or another.

The spokesman of Coalition of Northern Groups (CNG), Suleman Abdulazeez who read the communique alongside Secretary, Igbo Delegates Assembly, Comrade Auston Ifedinezi said: “They need to work to build a nation where every Nigerian is safe and secure wherever he chooses to live and work in Nigeria and support other Nigerians to benefit from mutual tolerance and accommodation if they show appropriate respect for the context of their livelihoods.

“That threats and conflicts have very little utility value; we must therefore work to replace vested interests that think power is an end in itself; and sowing seeds of division and leaving everyone more insecure than they were.

“In the light of the above observations, the meeting unanimously: Condemned in totality, the undue advantage taken by miscreants to turn the otherwise legitimate protests against SARS into mayhem in some parts of the country.

“Specifically disagreed with the role played by Nnamdi Kanu during the #EndSARS protests.

“To speak up for the rights of all Nigerians to be protected from illegal harassment where they earn their living; their rights to places of worship consistent with their means and the elements of justice; and their rights to full protection when they live as minorities among other communities.

“That no one wins a religious or ethnic war; no ethnic group can dominate another forever; and no benefit comes from fights and conflicts.”

Abdulazeez further urged Nigerians to “remain vigilant over the direction and fate of our nation, Nigeria, as major stakeholders in whatever happens in and to Nigeria, but our position on how the nation operates must be informed by enhanced national unity and greater inter-regional cooperation.

“To set up a consolidation committee to design a framework for the sustenance of this initiative and foster understanding for the political and economic future of the nation.”

The groups also advised the government to further embarked on wider engagements with critical stakeholders from the southeast and the north including state governors, all segments of cultural, religious, and civil society.