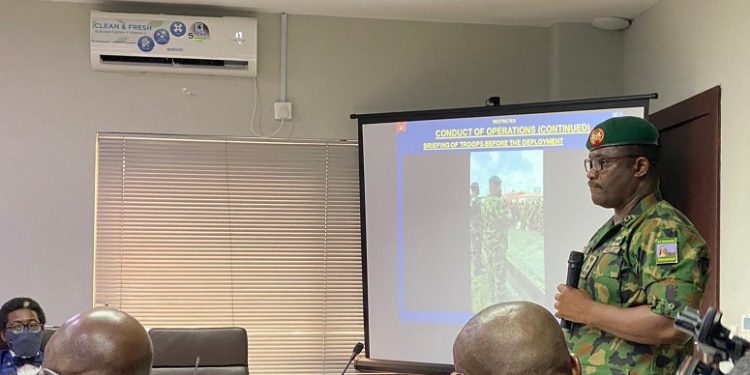 More than N2billion cash belonging to banks affected by violence and looting during the #EndSARS protests were evacuated on Saturday by the Nigerian Army.

Brigadier General Ahmed Taiwo, the Commander of 81 Military Intelligence Brigade, Victoria Island, Lagos said banks were the most affected by the violence.

He testified before the Lagos State Judicial Panel of Enquiry and Restitution for Victims of SARS related abuses and other matters.

In a related story, WITHIN NIGERIA reported that a brigadier general of the Nigerian Army, Ahmed Taiwo has disclosed that the military is not happy that the governor of Lagos state, Babajide Sanwo-Olu denied inviting soldiers to restore peace and order in the state.

This was disclosed by the brigadier general while appearing before the Lagos judicial panel on Saturday.