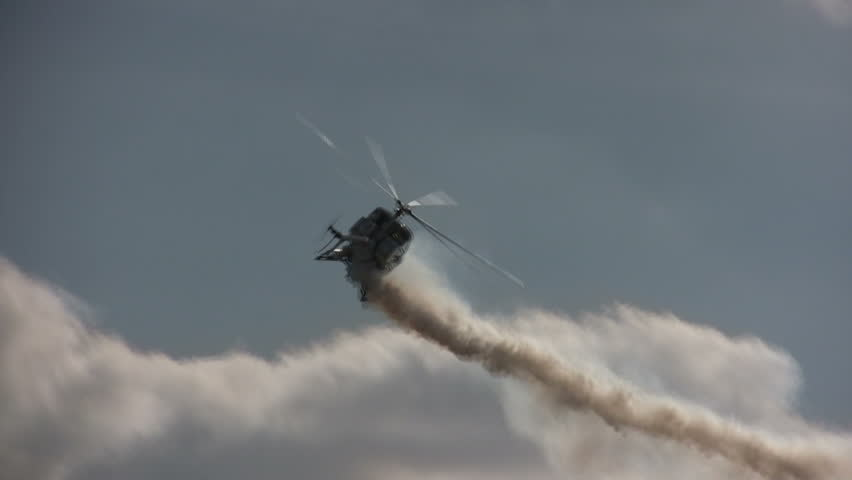 No Helicopter Was Shot Down By Boko Haram In Borno – Buhari’s Aide, Bashir Ahmad

Bashir Ahmad, personal assistant on New Media to President Buhari has reacted to the report of Boko Haram shooting down helicopter in Borno State.

According to Ahmad who took to the micro-blogging platform, Twitter to debunk the report as he called it ‘fake news’.

The report had said that five persons died in the attack which took place at Banki, a town located in Bama local government area of Borno State.

“Daily Trust, one of the national newspapers broke a news earlier that Boko Haram shot down a helicopter in Borno, and the story turned out to be yet another FAKE NEWS. Our media outlets have a great role to play in defeating terrorisms in any country, Nigeria included.” 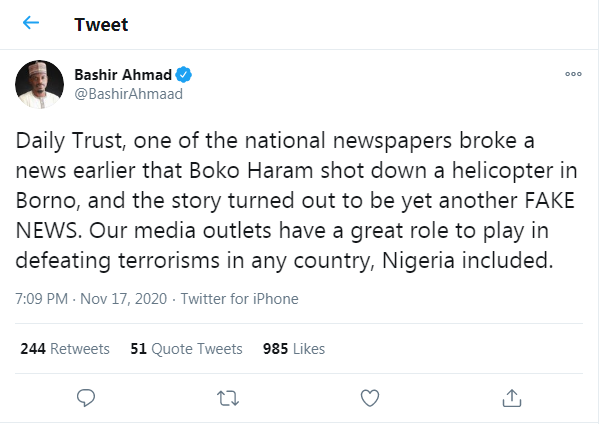 Meanwhile, Daily Trust has retracted the news with a rejoinder; read the new report below;

A helicopter forced into an emergency landing in Banki has returned to Maiduguri after repairs.

Earlier misled by a source, a humanitarian worker in the area, we had reported that Boko Haram had shot down a Nigerien helicopter carrying unidentified passengers in Bama local government area.

The aircraft had issues shortly after take-off from Banki on Tuesday morning.

The military arrived the scene to provide security coverage while emergency repairs were conducted and the helicopter eventually flew back to Maiduguri.

The UN’s Office for the Coordination of Humanitarian Affairs posted on Twitter that no UN helicopter was “hit nor crashed” Tuesday.

A number of aircraft, operated by different aid agencies and the UN, fly out of the airport in Maiduguri for daily operations in other parts of the state and beyond, and return to the airport at the end of the day.