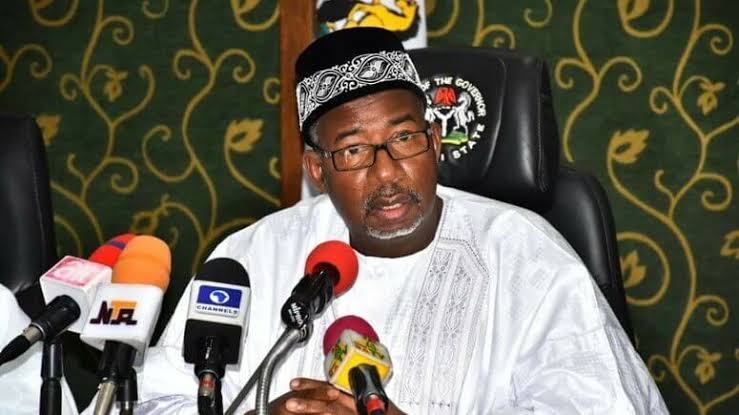 Bala Mohammed rules out plan to dump PDP for APC

Gov. Bala Mohammed of Bauchi state has denied speculations that he was negotiating to defect from the People’s Democratic Party (PDP), the platform on which he was elected as state governor, to the ruling party, All Progressives Congress (APC).

The denial was contained in a statement made available to newsmen in Bauchi on Friday by Mr Mukhtar Gidado, the Senior Special Assistant (SSA) on media to the governor.

“In its front page lead story of 20th November 2020, Thisday newspaper alleged that the Bauchi State Governor, Gov. Bala Mohammed was among three Governors, elected under the platform of PDP that are negotiating to join the ruling party, APC.

“We wish to state that the story is a disingenuous speculation driven by a clear marketing urge, to feed the appetites of readers whose hunger for salacious political news has been fueled by the movement of the Ebonyi State Governor, Engr. Dave Umahi, to the APC and the spate of political alignments and realignments in the country.

“We also wish to state that Gov. Bala Mohammed has never contemplated leaving the PDP, let alone joining the APC.

“Rather, he is presently preoccupied with fulfilling his campaign promises, on the basis of which the good people of Bauchi State supported him, to defeat an incumbent administration.

“It is to the credit of the Bauchi political elite that, despite the division between the Legislature and the Executive in the State, each controlled by a different political party, they have constructed a novel bipartisan arrangement whereby the government of the State is jointly run, in the war against hunger, infrastructure deficit, the near collapse of education and petty crimes,” Gidado said.

Gidado further stressed that the governor considered any talk about defecting to another party and all the permutations about 2023, as unwholesome distractions.

He added that, it was Mohammed’s considered opinion that, not only are speculations premature, but that it was the height of insensitivity, to the yearnings of the electorate for transformational change that would lift them from their despair to a new era of guaranteed security of lives and property, economic prosperity, political stability and national unity.

“Gov. Mohammed, therefore, asks his supporters, members of his political family and all the good people of Bauchi State to ignore the report as it has no substance whatsoever.

“The Governor also wishes to reassure the good people of Bauchi State that his Administration is firmly focused on ensuring a good life for all, irrespective of party affiliation, gender, tribe or creed.