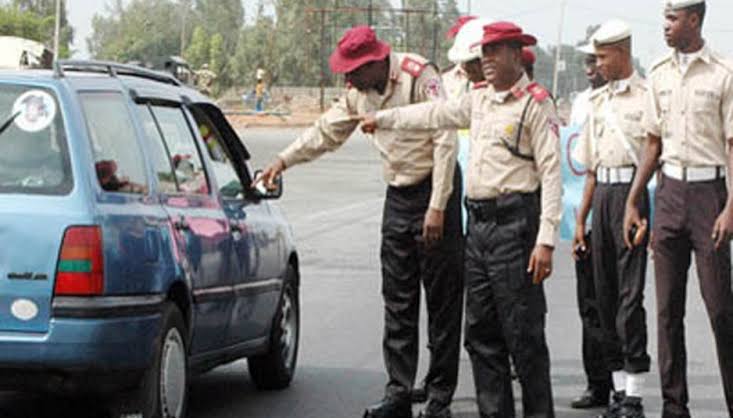 Corps Commander Ahmed Umar, the Ogun State Sector Commander of Federal Road Safety Corps (FRSC) has urged motorists and other road users to always observe all rules and regulations while using the highways as there would be an increase in both human and vehicular activities during the Yuletide season.

The commander also warned against the use of expired tyres, lack of vehicle maintenance, overspeeding, wrongful overtaking, among others while on the wheel to prevent cashes during the period.

These warnings were issues by the commander while commissioning the newly constructed Quarter Guard at Idiroko Unit Command of the corps.

The two-in-one event was to flag off the ’ember’ months campaign within the corridor.

According to the commander, the Quarter Guard is a small detachment of troops that can be used as a ceremonial guard which may be mounted at the entrance of a military or para-military unit to pay compliments as required.

Umar noted that the disobedience to traffic rules and regulations was responsible for the high rate of crashes during the Yuletide season.

He said the personnel would be deployed across the state during the Yuletide to test the motorists suspected to be under the influence of intoxicating substances while on the wheel.

He admonished motorists to properly maintain their vehicles, saying it is only when their vehicles are in good condition that they would get to their destination safety.