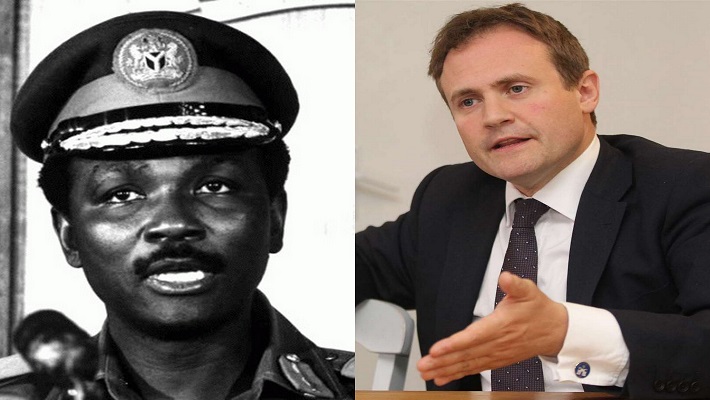 On Monday, a member of the United Kingdom Parliament accused former Nigerian leader Yakubu Gowon of looting half of what Nigeria’s central bank was worth before relocating to London.

Tom Tugendhat, chairperson of the Foreign Affairs Select Committee representing Tonbridge and Malling, said it was time to start sanctioning those responsible for Nigeria’s endemic theft and poverty.

“It is a tragedy that we are all witnessing. The pressure this time is not foreign colonialism, the pressure instead is corruption, violence and attempts to control.

“We need to call out corruption. We need to use powers we have in this country to stop those who are profiting.

“Some people would remember when General Gowon left Nigeria with half of the central bank, or so it was said, and moved to London,” Mr. Tugendhat said on the floor of the parliament Monday.

Mr. Gowon could not be reached for comments on Tuesday morning by the Gazette as his telephone number failed to connect after repeated attempts.

Mr. Tugendhat said UK “banks, sadly, have been used” to proceeds of ill-gotten loot of Nigerian politicians, saying it was time to begin targeted sanctions.

“The UK is in an almost unique position to actually do something against those who have robbed Nigeria,” Mr. Tugendhat said.

UK parliamentarians debated a petition on Monday over the brutal crackdown of Nigerian Army on #EndSARS protesters.

The lawmakers agreed that members of President Muhammadu Buhari and the military should be targeted for economic deprivation and also prevented from entering the UK.

The Buhari administration has insisted it committed no wrongdoing in its handling of the protesters, while the military said its response to the protests followed the constitution and extant rules of engagement.