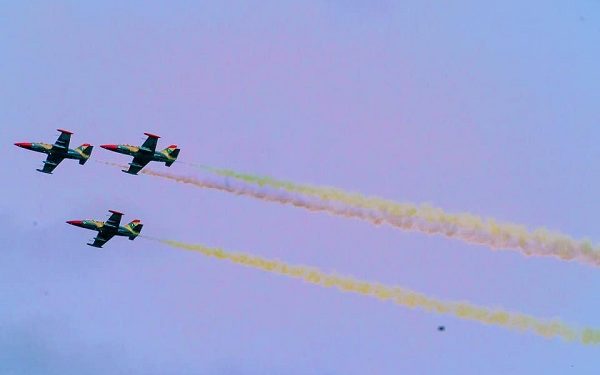 WITHIN NIGERIA learnt that the terrorists’ logistics base was also destroyed in the attack.

According to a statement by the Coordinator Defence Media Operations, Major General John Enenche, the air interdiction was carried out following intelligence reports that the location was being used by the insurgents as a hub for the conveyance of logistics items.

“The Air Task Force of Operation LAFIYA DOLE has knocked out an Islamic State of West Africa Province (ISWAP) logistics base and neutralized several of their fighters in air strikes conducted at Tumbun Rego on the fringes of Lake Chad in Borno State.

“The mission was executed on 22 November 2020 on the heels of credible intelligence reports indicating that the location, with its makeshift structures camouflaged under dense vegetation, was being used by the terrorists as a hub for logistics items conveyed via the lake and its tributaries for onward transportation using trucks/ motorcycles”.

“These were engaged in successive passes by the NAF attack aircraft resulting in the destruction of the terrorists’ structures as well as the neutralization of several of their fighters.

“The Military High Command commends the Air Task Force for their professionalism and urges them to remain resolute in the conduct of operations in order to rid the Country of all terrorists elements”.