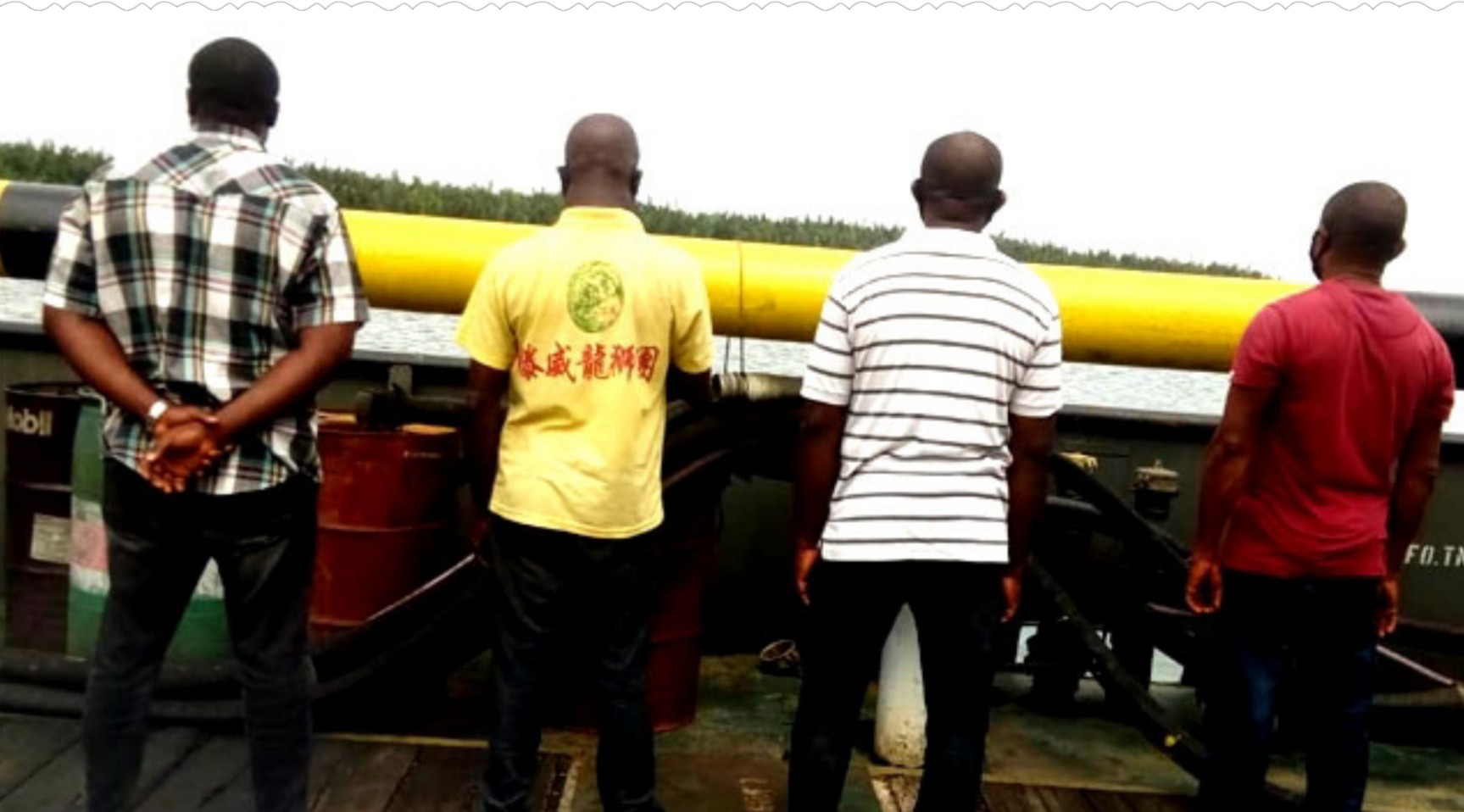 The Nigerian Navy has handed over four suspected oil thieves to the Economic and Financial Crimes Commission (EFCC) in Rivers State.

They are Ebenezer Afonka (captain), Bernard Umor (engineer), Kingsley Monday, and Ishmael Willy, the EFCC Head of Media and Publicity, Wilson Uwujaren, disclosed in a statement.

The Port Harcourt Zonal Office of the anti-graft agency received the suspects from the navy on Tuesday alongside a vessel – MV Captain Samuel.

Commander S.G. Muhammed, who handed over the suspects and the vessel, disclosed that they were arrested on October 24 by the Nigerian Navy Ship (NNS) Pathfinder for their alleged involvement in illegal oil bunkering.

At the time of arrest, he noted that the vessel was laden with an unspecified quantity of substance suspected to be illegally refined Automotive Gas Oil (AGO), also known as diesel.

The representative of the Head of EFCC Port Harcourt Zonal Office, Tasui Abubakar, received the suspects and the vessel on behalf of the commission.

Abubakar, who is also the Head of the Counter-Terrorism and General Investigation (CTGI), assured the navy that justice would be served on the matter.

Uwujaren noted that the EFCC had begun investigating the suspects and would charge them to court upon the conclusion of its probe.