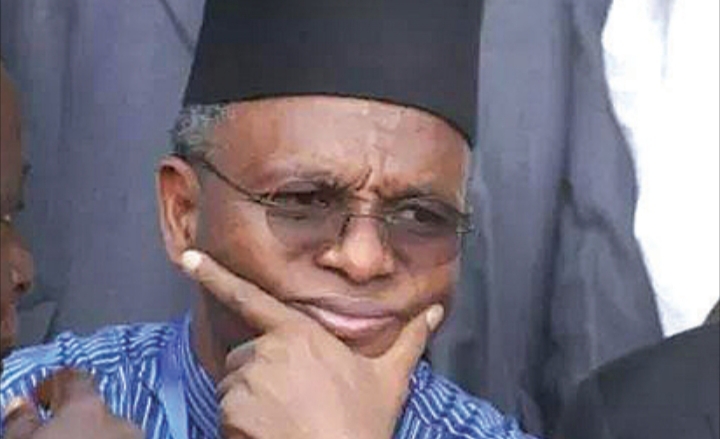 The Governor of Kaduna state, Nasir el-Rufai has stated that some northerners kicking against restructuring do not represent the interest of the region.

This statement was made by the Kaduna governor, El-Rufai on Tuesday during a panel session at the 26th Nigerian Economic Summit (#NES 26) in Abuja.

The governor, who is the chairman of the All Progressives Congress (APC) committee on restructuring had earlier stated northern Nigeria will be the biggest beneficiary if the country is restructured.

He said all the governors in the region agree to restructuring, and that those against it only speak for themselves.

“And whatever advantages that person is getting for himself does not accrue to the rest of the region. We have the highest number of out-of-school children and poverty rate.

“As the governor of Kaduna state, I am trying to see how I can get my people up on the ladder, but the current system of government puts a constraint on it. So I think we need to differentiate the noise of the few and the voice of the silent majority.

“We don’t have any advantage not to restructure the country. All my colleague governors in the 19 states agree on restructuring. So who are the northerners against restructuring? Who are they speaking for? They are speaking for themselves.”

Speaking further, el-Rufai said he is not sure when the report submitted by his committee in June 2018 will be implemented.

“It is very clear that things have to change. We have to redesign the architecture of our politics. Various conferences and committees have made very sound recommendations. It just needs to be implemented. I believe the current leadership of national assembly is committed to implementing the report. I believe the president is committed to accenting to any amendments that come before him,” he said.

“What I think should be done is for interest groups such as the National Economic Summit Group (NESG) and civil societies should put pressure for action and movement on the report. All the building blocks are already there. I am confident that it will happen, but I cannot give assurance as to when.

“In the restructuring report, we have recommended the creation of state judicial councils. I will like to have 40 high court judges in Kaduna state. An average high court in the state has 250 cases. No matter how he tries to dispense justice, it will be difficult. I want 40 judges, I went to NJC and they gave me only four.

“You must not say all zones must have the same states when their land mass are not the same. Their viability as federating units are not equal. The earlier Nigeria retraces its steps and put merit, competence, capability and capacity, the better. We must have people in government being trained to take over from us.”