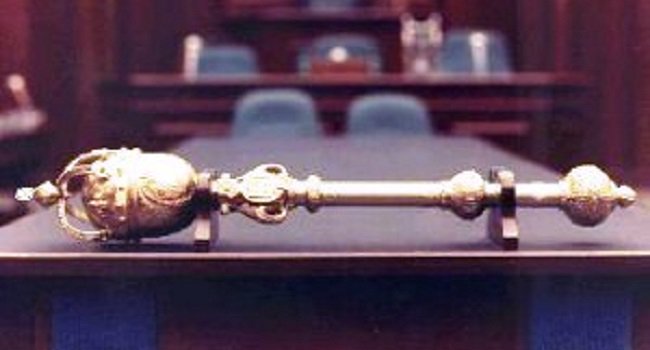 The Bayelsa State House of Assembly has suspended the Clerk of the House, Owudugo Kozigene, for three months over allegations of gross misconduct.

The Deputy Clerk, Kent Adogu, was appointed to replace him for the duration of the suspension.

The motion for Kozigene’s suspension was moved by the lawmaker representing Brass Constituency 2, Timi Agala-Omubo, who cited “infractions of certain privileges and rights of members.”

Agala-Omubo said, “The clerk was fingered to have acted wrongly when out of insubordination, he refused to collaborate with the leadership or financial team of the House in a matter relating to the budget of the House for 2021.”

The motion, which was seconded by Godbless Oyinke (Sagbama 1), was unanimously adopted by the lawmakers through voice vote.

The Speaker, Abraham Ingobere, subsequently constituted a three-member committee headed by Bernard Kenebai, to investigate the allegations against the suspended clerk, and report back within two weeks.

I never knew I would be governor – Diri