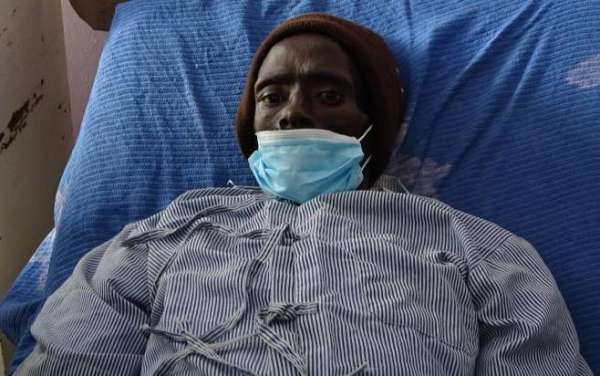 After being declared dead by doctors, a Kenyan man came back to life while workers at a morgue were preparing to embalm him.

32-year-old Peter Kigen was presumed dead on Tuesday, November 24, after he collapsed at home and was rushed to Kapkatet hospital in Kericho county, according to local media.

After being transferred to the morgue, Mr. Kigen shocked the staff as he suddenly woke up and wailed in pain as they made an incision on his right leg.

Kigen, a resident of Kibwastuiyo village in Bureti Constituency, who reportedly suffers from a chronic illness, is said to have collapsed while at home before his family took him to hospital

His younger brother told Standard newspaper that a nurse had told him the patient had died before they arrived at the casualty department. 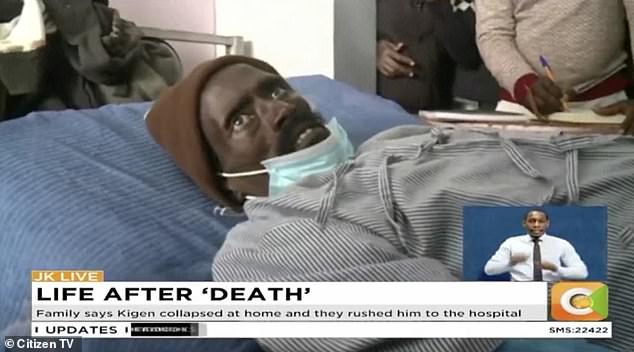 “When I went back to the casualty department at around 7.45 pm, I learnt my brother was dead. A nurse told me that he died long before we arrived at the hospital,” Kipkurui said.

He added: “The nurse later handed me a document to take to the mortuary attendant before my brother’s body was moved to the morgue.”

While at the morgue, one of the workers was said to have made an incision on the man’s right leg to infuse formalin as part of the process of preserving the body.

It was then Mr. Kigen suddenly regained consciousness and reportedly began to wail in pain, leaving the staff shocked with some running for their safety as they thought the dead man had ‘resurrected.’

Kigen, who spoke from his hospital bed yesterday, said he was shocked to learn that he was thought to have died and even taken to the mortuary.

“I cannot believe what just happened. How did they establish that I was dead?” he said.

He also vowed to dedicate his life to evangelism once he’s discharged from hospital.

“I did not even know where I was when I regained consciousness, but I thank God for sparing my life. I will serve him for the rest of my life,” he said.

The hospital’s medical superintendent Gilbert Cheruiyot told another version of the story. According to him, Kigen was in critical condition when he was brought in.

Dr Cheruiyot said: “His relatives presumed he was dead and did not even wait for certification of death. They moved him to the mortuary, on their own.”

He said the clinical officers at the casualty were busy attending to other critically ill patients when Kigen was brought in, including an epileptic and a diabetic patient.

“They asked Kigen’s relatives to give them some time but they accused the clinicians of taking too much time and decided to take him to the mortuary. It was while the mortician was getting ready to embalm his body that she noticed some signs of life,” said Cheruiyot.

He said the mortician informed the team at the casualty department which took Kigen back and begun resuscitating him. The process took three hours before the patient was stabilised.

“The patient was later taken to the ward and is responding well to treatment. We hope to discharge him in a few days,” Dr Cheruiyot said yesterday.