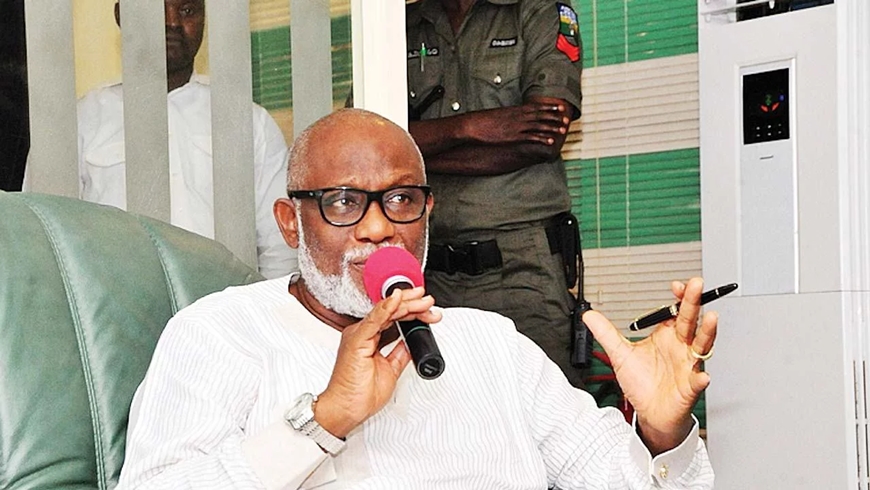 Governor Oluwarotimi Akeredolu has reacted to the killing of a first-class monarch in Ondo State on Thursday by gunmen.

According to Akeredolu, who visited the scene where the incident happened, the country is indeed, in a serious security crisis beyond the ordinary.

Recall that the Olufon of Ifon, Oba Israel Adeusi, was shot dead at Elegbeka area in Ose Local Government area of the State, along Benin-Owo-Akure highway by gunmen suspected to be kidnappers while returning to his domain from Akure, the state capital. Read here.

In a statement issued by the Commissioner for Information and Orientation, Donald Ojogo, the governor stated that “this is a heinous crime” which he said is too heavy and unbearable.

While disclosing that security agencies, especially the Nigeria Police, have already been directed to fish out the perpetrators of the crime, he said all will be done to unravel those behind the act.

Meanwhile, Akeredolu advised that caution should be exercised from making public reference in statements or utterances in respect of the “great loss”.