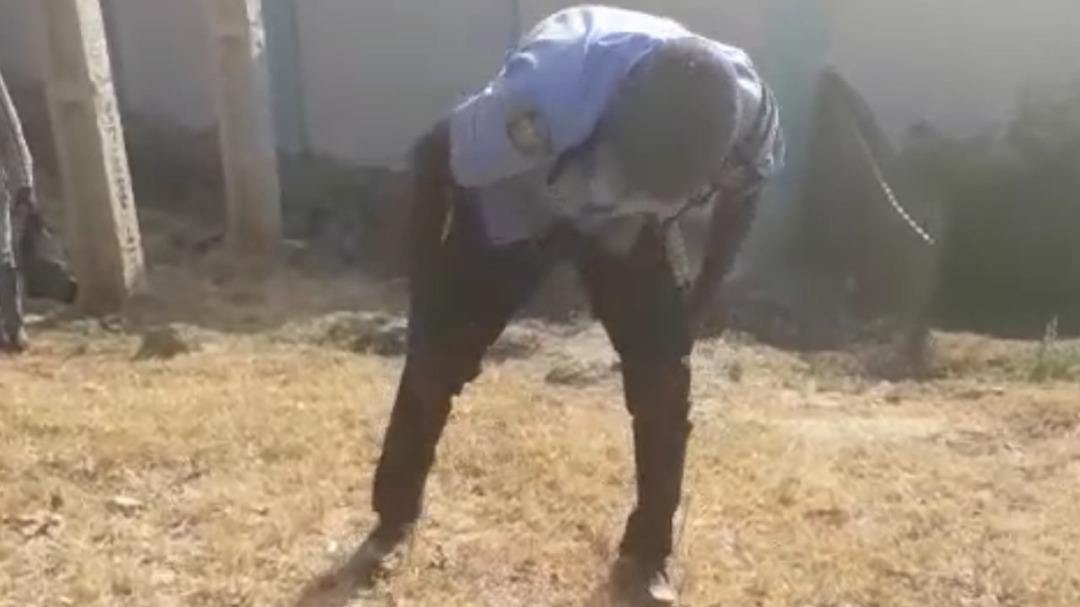 The FCT Police Command have identified, arrested and taken into custody the ‘drunk’ police inspector after video of the policeman at CBN Junction went viral.

This is coming hours after WITHIN NIGERIA reported that video of a drunk policeman identified as Garba Salisu whose rifle was reportedly seized has surfaced on social media.

This was contained in a press statement released by ASP Yusuf Mariam, the police public relations officer in the Federal Capital Territory, Abuja.

According to the statement, the Commissioner of Police CP. Bala Ciroma ordered that the Police officer be subjected to psychological and medical evaluation, preparatory to the commencement of disciplinary actions against him.

The Commissioner of Police wishes to unequivocally state that the behaviour portrayed by the policeman in the video does not depict the standard discipline of the Nigeria Police Force.

While urging residents to remain calm, the Command wishes to reiterate its unflinching commitment to the protection of lives and property in the Federal Capital Territory

Police arrest NOUN staff for allegedly killing his colleague over…