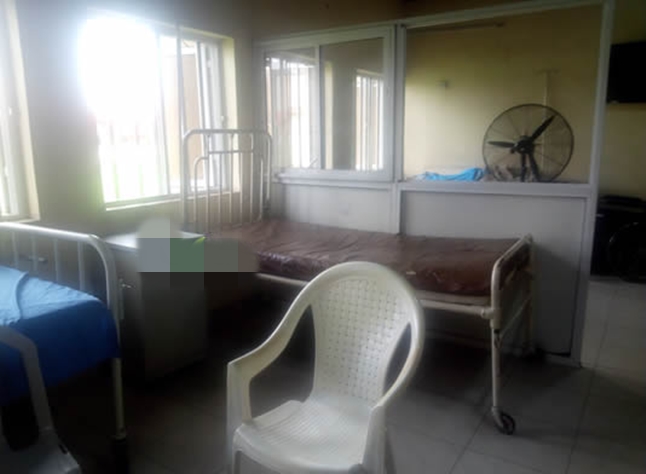 Over her inability to settle her bills, a hospital in Nimo, Njikoka Local Government Area of Anambra State, detained a 74-year-old widow, Josephine Ezekwe.

She appealed to members of the public to assist her in offsetting the bill of N126,500 charged by the hospital.

Josephine said she was on her way to a bereaved relation’s place when she was involved in an accident.

She said she was rushed to the hospital by the motorcyclist conveying her and she was given a bill of N126,500, which she said she could not afford.

Josephine stated, “I boarded a motorcycle to the house of a deceased relation. On our way, we suddenly fell down and the spoke cut off a portion of my right foot. The cyclist went straight to this hospital and I was immediately taken to the theatre.

“My daughter insisted on proper stitching of the cut, otherwise she would take me to another hospital. I was moved back to the ward after the stitching, I have been here since last week Thursday.

“It was on Saturday that they brought the bill, which I can’t afford to pay. Worse still, I can’t walk on my feet to go look for the money. If I was told that I would have this bitter experience, I wouldn’t have believed it.”

Reacting, the Medical Director of the hospital, Dr John Onyiuke, said the patient received adequate attention without any deposit made on her behalf.

He said Josephine had since been discharged, but was still in the hospital due to the outstanding bill.

Onyiuke stated, “We attended to her immediately she was rushed to the hospital without asking for a dime, because we believe in saving lives first.

“The cut she sustained was so deep that she needed to be moved to the theatre, where she underwent surgery to ensure that she did not lose that leg.

“Having given her the necessary treatment, it is only proper that she settles the bills so that we can continue to provide quality services for the people.”