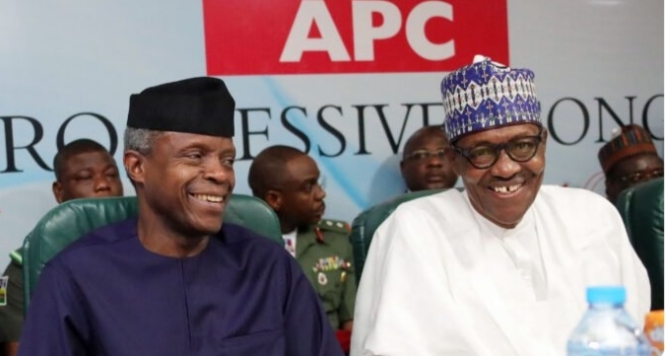 A chieftain of the All Progessive Congress (APC), Kalu Kalu has requested a federal high court in Abuja  stop the national executive committee (NEC) meeting of the ruling party scheduled to hold on December 8.

The party’s chieftain, Kalu through his lawyer, Ukpai Ukairo in a motion on notice filed on Thursday requested the court to stop the meeting pending the final resolution of the legal battle on the legality of the dissolution of the Adams Oshiomhole-led National Working Committee (NWC).

He also sought an order voiding and setting aside the notice of the NEC meeting issued by Akpan Udoedehe, secretary of the caretaker committee in charge of the party, on the grounds that he has no power to do so.

The application was predicated on order 24 rules 1, 2, 3 and 4 of the federal high court.

The plaintiff, who is a youth leader of the party in Abia state, also urged the court to stop the party from embarking on membership registration and revalidation, allegedly aimed at deregistering him for instituting court action against the party.

In the affidavits attached to the motion, Kalu said the dissolution of the Oshiomhole-led NWC two years before the expiration of tenure is illegal.

He said he had instituted a suit challenging the NWC decision of June 25, 2020, and the setting up of a caretaker committee.

Taiwo Taiwo, the presiding judge, has fixed December 4 for hearing of the motion.

In the main suit marked FHC/ABJ/ CS/736/2020, Kalu asked the court for an order setting aside the dissolution of the Oshiomhole-led NWC.

He also prayed for an order restraining the national caretaker committee led by Mai Mala Buni, governor of Yobe state, from parading themselves as national officers of the APC.