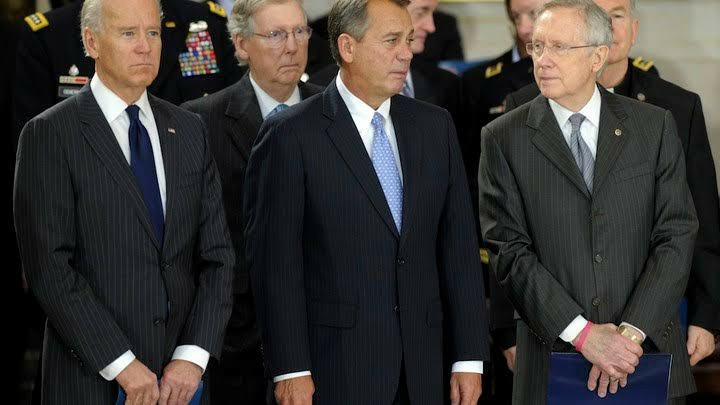 A resolution acknowledging Joe Biden as the president-elect has been rejected by the Republican leaders in the US congress.

This was part of the latest effort by Capitol Hill Republicans controlled by Trump to refuse to accept the election results even though it’s been clear for weeks that President Donald Trump lost.

House Majority Leader Steny Hoyer in a private meeting on Tuesday offered a motion to affirm that it is preparing for the inauguration of President-elect Joe Biden and Vice President-elect Kamala Harris.

Then in a dramatic turn of events, Senate Majority Leader Mitch McConnell and Rules Committee Chairman Roy Blunt of Missouri voted with House Republican Leader, Kevin McCarthy to block the motion, a move that prevented the inaugural committee from publicly accepting that the January 20 inauguration will be for Joe Biden.

Sen. Amy Klobuchar of Minnesota, the ranking Democrat on the Rules Committee, voted with House Speaker Nancy Pelosi and Hoyer voting in favor of recognizing Joe Biden as the president elect.

“The extent to which Republicans are refusing to accept the outcome of the election and recognize Joe Biden and Kamala Harris as our next President and Vice President is astounding,” Democrat Hoyer said in a statement.

“Their continued deference to President Trump’s post-election temper tantrums threatens our democracy and undermines faith in our system of elections … Republicans are refusing even to allow (Joint Congressional Committee on Inaugural Ceremonies) to say that President-elect Biden and Vice President-elect Harris will be inaugurated on January 20, even when there is no serious dispute over that fact.”

Republicans on Capitol Hill have repeatedly refused to recognize that the next President of the United States will be Biden and Hoyer told reporters he could not speculate why Republicans voted against the motion.

Repiblican Roy Blunt responded to criticism that Republicans would not approve Hoyer’s motion to recognize Biden as the President-elect.

“It is not the job of the Joint Congressional Committee on Inaugural Ceremonies to get ahead of the electoral process and decide who we are inaugurating. The JCCIC is facing the challenge of planning safe Inaugural Ceremonies during a global pandemic. I would hope that, going forward, the members of the JCCIC would adhere to the committee’s long-standing tradition of bipartisan cooperation and focus on the task at hand,” Blunt said in a statement.

For weeks, Republicans have denied Biden has won the presidency, multiple lawmakers telling reporters they will wait until the Electoral College formally votes on December 14.