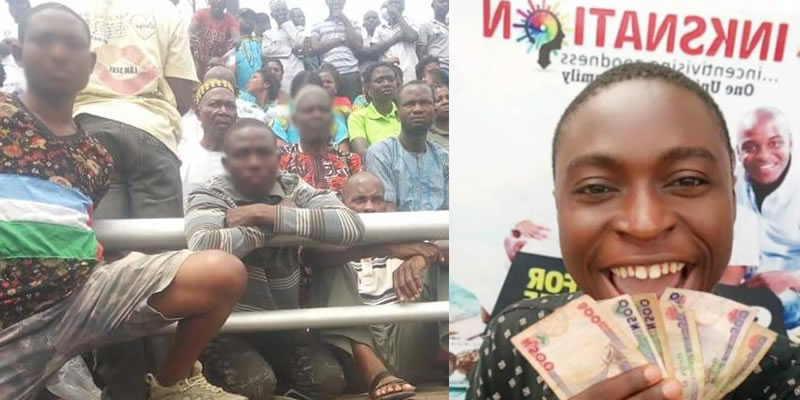 Hundreds of Nigerian investors who claimed that they have invested in a suspected ponzi scheme named Inksnation have been left disappointed in Benue State after their organizers failed to show up at redemption point on ‘pay day’.

According to PUNCH, the investors thronged to the Akper Aku Stadium, Makurdi Benue State capital, expecting a reward for their investment, but were disappointed.

The investors were reportedly directed to assemble at the stadium to collect their reward but, no official of the purported investment scheme came and no explanation was given.

It was gathered that the people had registered with N2,000 each and were to receive N12,000 in three installment in cash or consumables for their investment.

A victim identified as Ayua Tondo, while lamenting about the situation revealed that he came to the stadium to receive N4,000 worth of items but no representative has showed up despite queuing for a long period under the sun since 6 am.

“It’s actually an online investment platform. I paid N2,000 to Inksnation and we were told to gather at the stadium today for our reward of N12,000 cash or consumables such as rice, indomie. We have been here since 6am but nothing to show for it.

Another victim, who gave her name as Ele Jonah, said, “Just imagine the crowd inside the stadium and more people are outside. We had hope that Inksnation will make us enjoy a better Christmas but that hope has been dashed.”