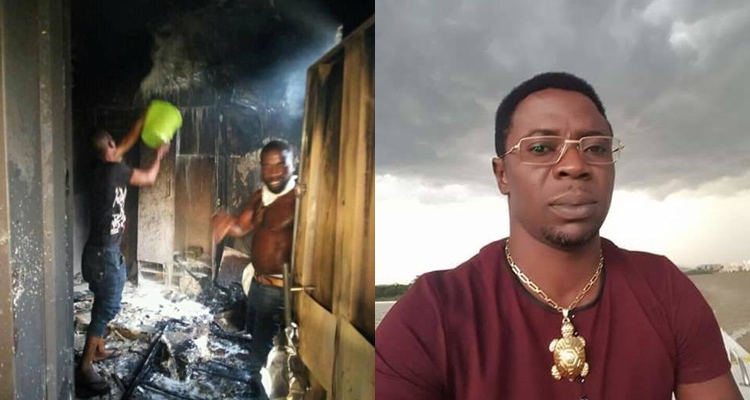 Unknown gunmen have stormed the residence of Eris Paul, a former ex-militant leader also known as Ogunbos, at his country home in Peremabiri Community in the Southern Ijaw Local Government Area of Bayelsa State, burning down his mansion.

Source disclosed that the attack happened in the early hours of Friday, Christmas Day. It was learnt that armed men stormed the community in speed boats, shooting indiscriminately before setting buildings on fire.

It was learnt that Paul was able to escape being injured or killed, though narrowly.

A source in the family said Paul (Ogunbos) was attending a burial in the community when the incident occurred.

”He is still in the community, doing fine. It is only that some properties were destroyed,” the source said.

Newsmen gathered that valuables worth millions of naira were burnt along with Paul’s home.

Confirming the incident, Butswat Ansimi, State Command Public Relations Officer, told SaharaReporters that though normalcy had been restored, several properties were damaged and no life was lost.