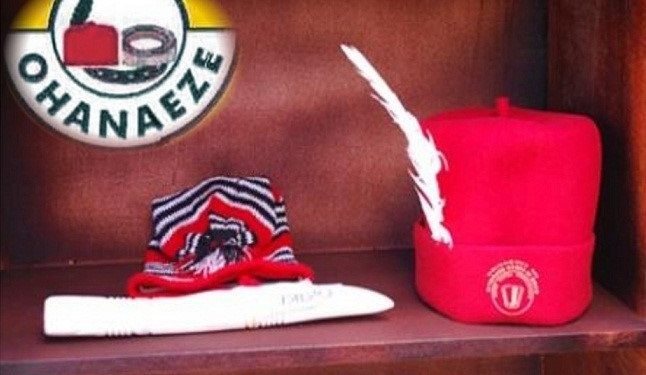 The group described the recent promotion as the highest provocative degree of marginalisation.

Ohanaeze made this known in a statement signed by the Special Adviser on Media to the President General of Ohanaeze Ndigbo, Chief Emeka Attamah Friday.

The PSC announced the promotion of 37 police officers to their next ranks.

Umahi: Everybody in South-East wants to belong to the APC

“Ohanaeze Ndigbo is irked that the already depleted South East population in the force deserved only one slot and unequivocally condemns and rejects this provocative act of marginalisation,” it said.

“Ohanaeze Ndigbo frowns at this propensity of ensuring that Igbo land is constantly under siege by having security heads from zones other than the South East in charge of security in the zone.

“In the recent promotion exercise carried out by the Nigerian Police Force, 37 officers were promoted to the rank of Commissioner of Police.

“Ohanaeze Ndigbo observes that the already existing imbalance in the force exemplified in the fact that all Police Commissioners in the South East come from the North and not many Igbo officers are in the high echelon of the force should have made it imperative that more slots be given to the South East.

“It also rejects the unending and unnerving tendency of making the South East the whipping-boy of the country in all matters of recruitments and appointments at the Federal level.

“Ohanaeze Ndigbo notes that while this habit of exclusion and denial has been the stock in trade of successive governments over the years, the preponderance of the marginalization in the present dispensation is unimaginable.

“What is more worrisome is the gross impunity with which these despicable acts are being perpetrated towards a people that are the mainstay of Nigeria’s unity and development.

“Ohanaeze Ndigbo, therefore, in the spirit of fair play, equity and justice, calls for the recent police promotion exercise to be revisited and reviewed.”