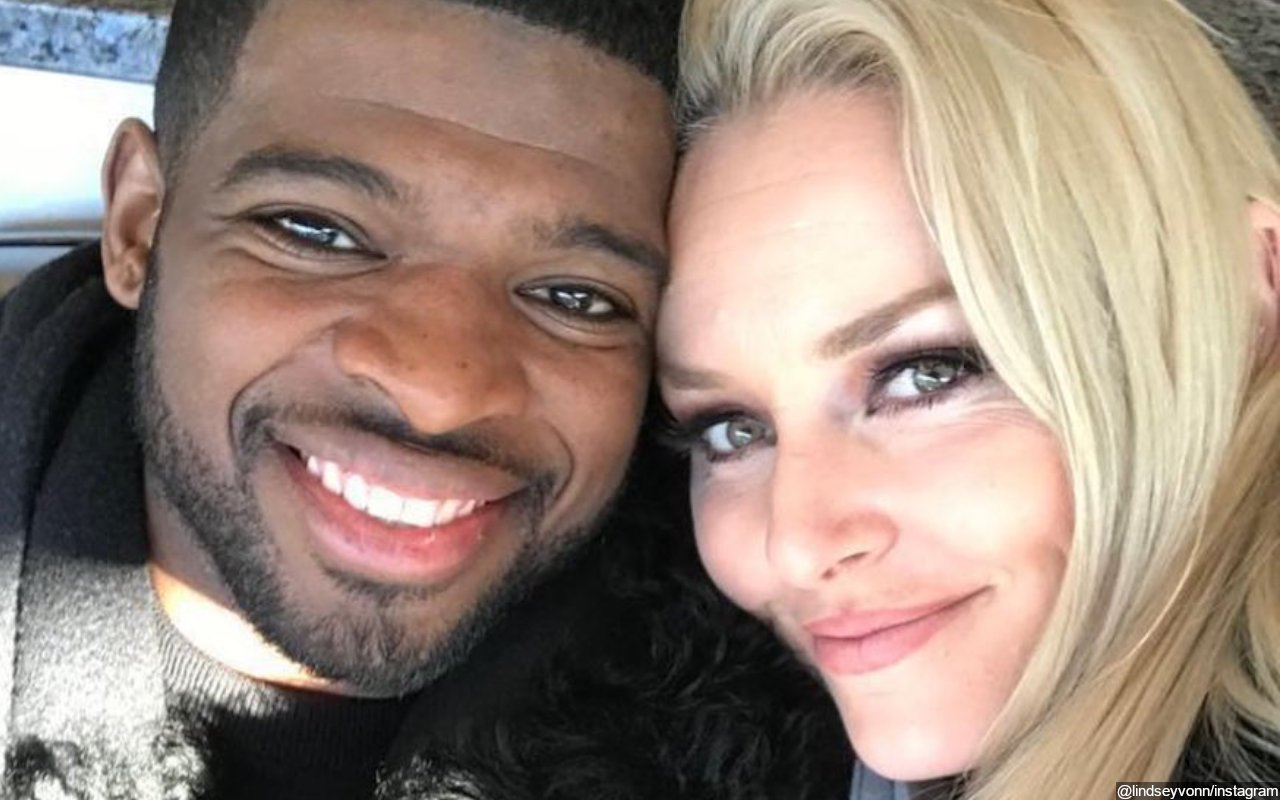 Lindsey Vonn and her fiance P.K. Subban are calling it quits after three years together.

The 36-year-old Olympic skier shared that she has split with her fiance, pro hockey player PK Subban, after three years together.

In her caption, the blonde beauty wrote, ”Over the past 3 years PK and I have had some incredible times together.

‘He is a kind, good man, and someone I respect a great deal.’

‘However, after much consideration, we have decided to move forward separately. We will always remain friends and love each other immensely. We ask that you please respect our privacy during this time.’

The news comes two months after she said their wedding plans were on hold because of the COVID-19 pandemic.

‘We are in a holding pattern,’ said the star.

‘With COVID, it just feels like there’s no good option, you know? I don’t have a timeline or a plan, we’re just kind of going to wait and see.

‘Obviously, his family is in Canada, so I can’t physically get to Canada and they can’t get here,’ the star skier added. ‘It’ll happen eventually, we just don’t know when.’

The couple said at the time they were ‘not in a rush’.

‘Neither of us are really worried about when we’re going to get married,’ Vonn commented. ‘We know it’s gonna happen, so we’re not in a rush about it.’

‘It’s been great for us. We’ve really enjoyed the time together, as much as one can,’ she reflected.

‘When you’re living together and you see each other every single day, 24 hours a day, you get to know each other pretty quickly. I think it’s been good for us to really find out everything about each other, and I think we’ve gotten a lot closer throughout the whole process.’

Lindsey and PK began dating in December 2017 and went public with their romance in June of the following year.

Before her relationship with Subban kicked off, Lindsey dated golfer Tiger Woods from 2013 to 2015 and was linked to NFL assistant coach Kenan Smith for a year.