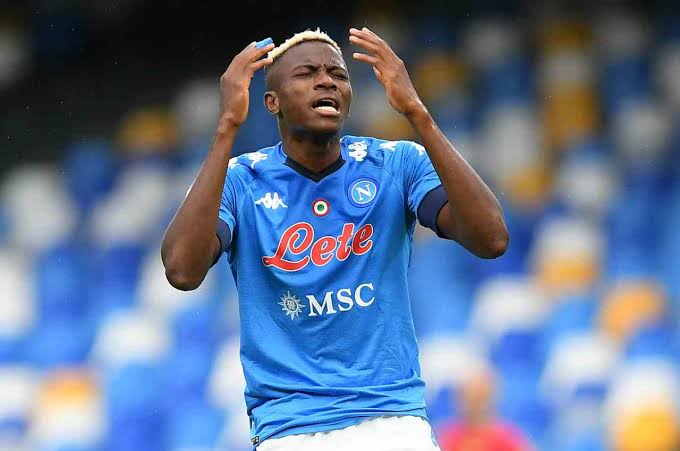 Super eagles Striker, Victor Osimhen has been fined two weeks wages by his Serie A club, Napoli after he took part in a birthday party without a wearing a protective mask.

WITHIN NIGERIA recalls that Osimhen tested positive to coronavirus upon his return to Naples from Nigeria for the Christmas break.

The former Lille striker held a party to celebrate his birthday on December 29, 2020.

A video on the social media, show the 22-year-old gathered by several friends and kids, none of them wearing a protective mask.

In the video, Osimhen was also seen spraying the musician N500 notes.

“Victor Osimhen will be fined for not respecting the club’s regulations,” a tweet from SCC Napoli reads.

“The birthday videos showing people without face masks and not social distancing has angered the club and Gattuso.”

Osimhen has scored two goals in six league appearances but has not played since November 8 because of a shoulder injury.

The striker picked up a shoulder injury during the international break in November and was reportedly ready to return to action after the break.