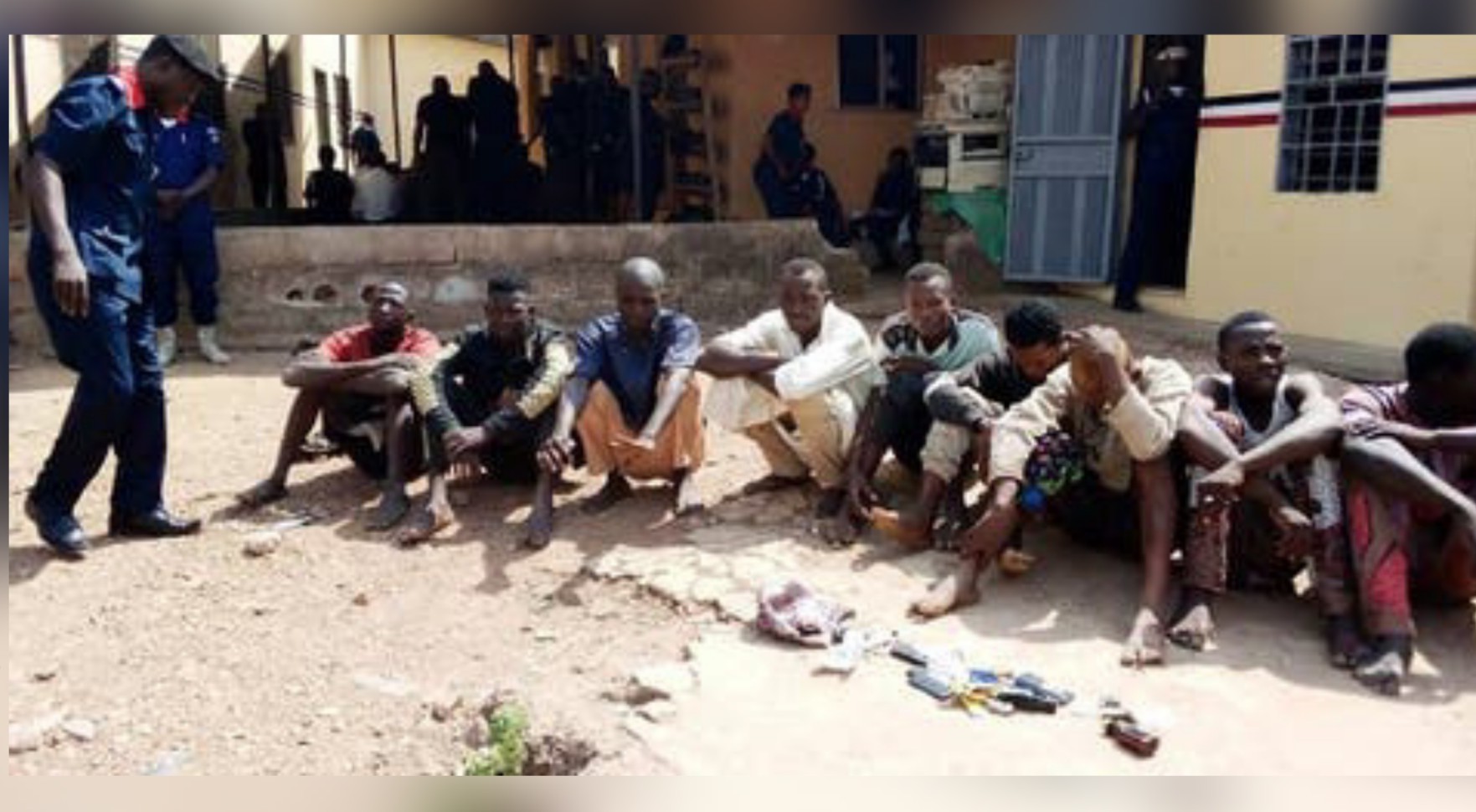 Kwara State Command of the Nigeria Security and Civil Defence Corps (NSCDC) has arrested 10 suspects over an alleged vandalisation of transformer, armed robbery and for being in possession of hard drugs.

Parading the suspects at the NSCDC command headquarters in Ilorin, on Monday, the commandant, Mr Makinde Ayinla, said the suspects were arrested at various locations in the state during the yuletide.

The NSCDC boss who said that officers and men of the command kept vigil during the holiday period, added that the operations yielded positive results.

He also said that some of the suspects were arrested at Tanke area of the Ilorin metropolis while vandalising transformer.

Ayinla said that members of another group were arrested during a robbery operation at a hotel in Ilorin, adding that other members of the gang escaped.

He said that the third group include those caught with hard drugs.

The NSCDC commandant said all those arrested will be handed over to the appropriate quarters as soon as investigations were completed.

He urged all criminal elements in the state to turn a new leaf and remain law-abiding.

Mr Ayinla said the command will collaborate with other security agencies to ensure adequate security of lives and property in the state.