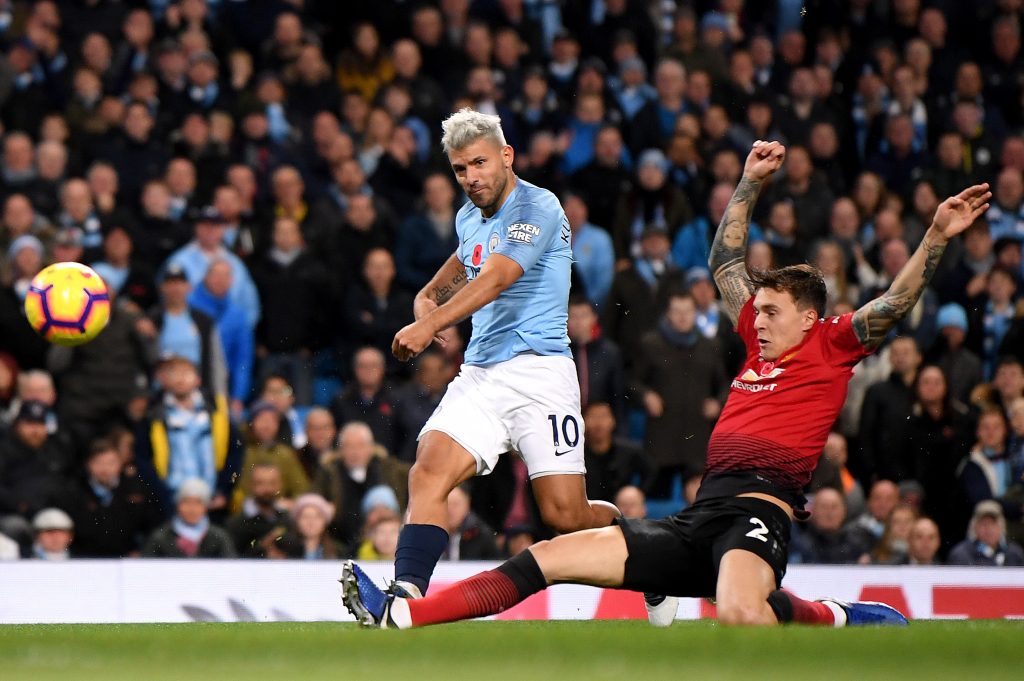 Pep Guardiola, Manchester City manager, has said it was consistency that helped his side defeat Manchester United in the Carabao Cup semi-final on Wednesday.

WITHIN NIGERIA reports that City defeated Utd 2-0 to book a date with Tottenham in the finals, which will hold at Wembley in April.

Man City stopped Man United at exactly this stage of the competition last season and Guardiola believes his team’s mentality had played a huge role.

The Spaniard said even though the Carabao Cup is not quite the Champions League, reaching four finals a row in the domestic competition is a significant achievement nonetheless.

Pep Guardiola will look to win the competition for a fourth consecutive season with Manchester City when they face Jose Mourinho’s Tottenham in April.

John Stones and Fernandinho scored for City away at Old Trafford to book a spot at Wembley.

“When a team has the mentality to do it, we achieve something incredible,” Guardiola told Sky Sports.

“I know the Carabao Cup is not the Champions League but reaching the final four times in a row is incredible! I’m so impressed for the quality of this team.

“It’s about the consistency. We didn’t have a proper pre-season and that’s why we need a little bit of time but I think we are already there.”