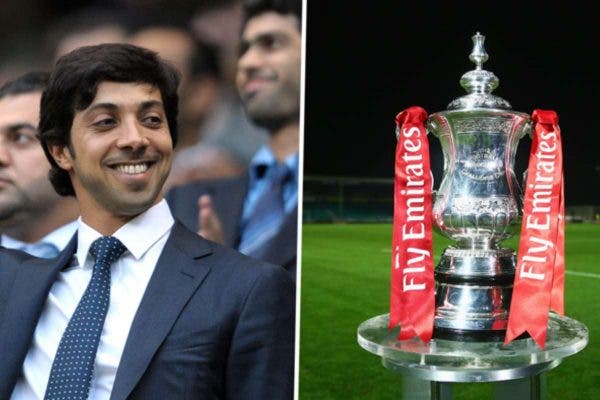 Sheikh Mansour bin Zayed, owner of EPL side Manchester City, has bought the historic FA Cup trophy at auction and donated it to the National Football Museum.

He purchased the trophy which was awarded to the winners of the world’s oldest domestic cup competition between 1896 and 1910.

The trophy was available at auction, and after being purchased by Sheikh Mansour will remain on display at the National Football Museum as a donation from City.

It had been an exhibit in the museum – which is in Manchester – since 2005, however in September 2019 it was removed by its former owner and put up for auction, with fears that it could be taken abroad by a new custodian.

It is the oldest piece of surviving silverware in English football, and in design is similar to the FA Cup currently awarded to the winners in the modern game, albeit taller and with thinner handles.