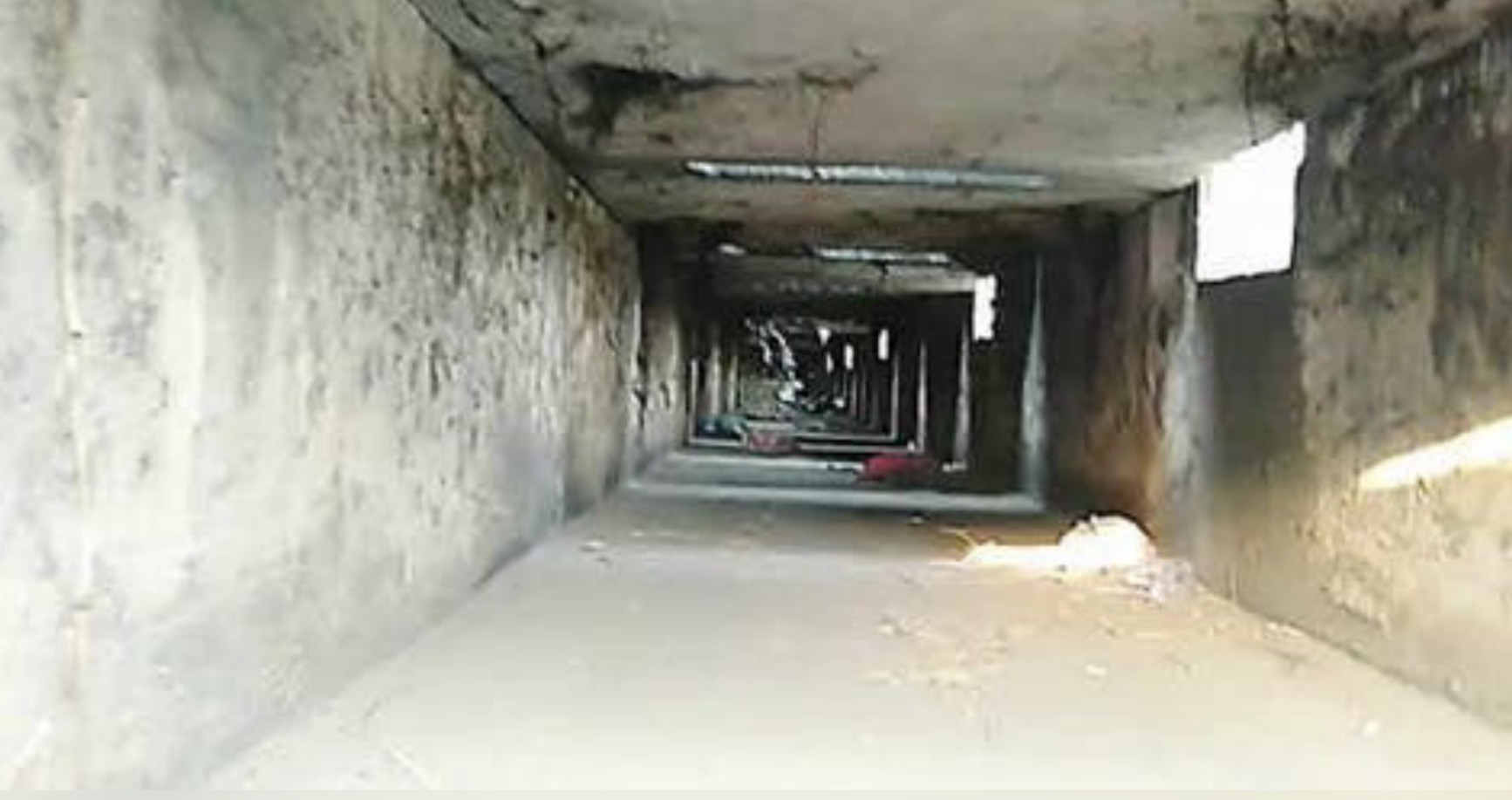 A suspected den of kidnappers and ritual killers has been uncovered inside a tunnel in the Sari-Iganmu area of Lagos, along Orile-Badagry Expressway.

Body parts as well as body attachments such as school uniforms, small-size socks, diapers among others, were reportedly found in the den.

The tunnel is in front of Araromi Secondary School, a public school in the community.

Two suspects arrested inside the tunnel were reportedly burnt to death while two others were said to have been handed over to the Orile-Iganmu Police Station.

Sources in the community, gave an hint on how the spot was uncovered, saying that a teenage bread seller was hawking along the expressway around 5pm on Tuesday when she sighted some men roaming suspiciously in the tunnel. She was said to have raised the alarm which made youths to storm the canal.

Sources adding that some members of Oodua Peoples Congress joined in the search and found some ramshackle structures containing mattresses and televisions.

It was said that OPC members had been suspecting that whenever they were chasing thieves in the evening from Alafia bus stop along the expressway, the suspects would disappear around the tunnel.

It was learnt that the residents resumed the search at the tunnel on Wednesday and picked up another two suspects – a youth and an elderly man – while decayed body parts were found.

“They set ablaze the youth and spared the elderly man, believing that he would confess. He was handed over to the officials of the Lagos State Neighbourhood Corps. They found N17,000 crisp naira notes on him and took him to the police station. I learnt body parts and skulls were also found inside the tunnel.” a source said.