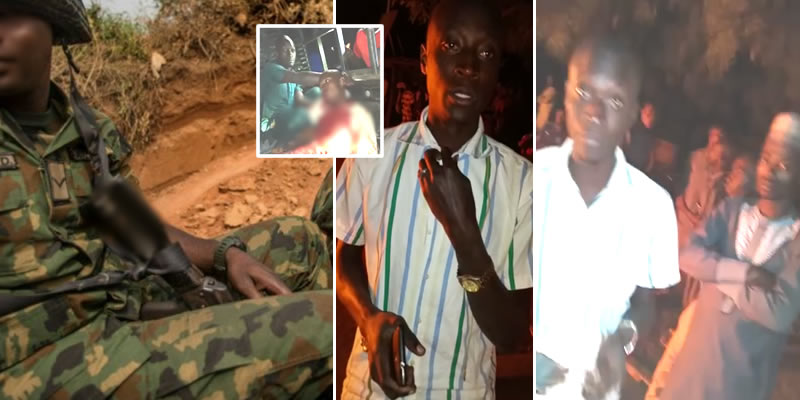 VIDEO: Two killed in a bloody clash between Kwara community residents and soldiers

Tension in Kwara community as youths of Ilesha Baruba and men of Nigerian army deployed to the community on peace keeping mission reportedly engaged in bloody confrontation.

An eyewitness who prefers to be anonymous told newsmen that trouble started when a commercial bus driver who was returning from a nearby village was stopped by soldiers at a checkpoint and asked to pay some cash .

According to the eyewitness, the driver told the soldiers he could not pay because he had already pay earlier when he was going.

The soldiers asked the driver to come down from the bus because how he reacted did not satisfy the soldiers. One thing led to the other and the driver was shot by soldiers, the eyewitness said.

Angered by the incident, some youths in the community rose up in defense of the driver and this led to a serious confrontation between the locals and soldiers.

As at this time of filing this reportage, two persons are reportedly feared dead while undisclosed numbers have sustained varying degrees of injuries.

Watch below, video showing aftermath of the clash and narration by eyewitness;