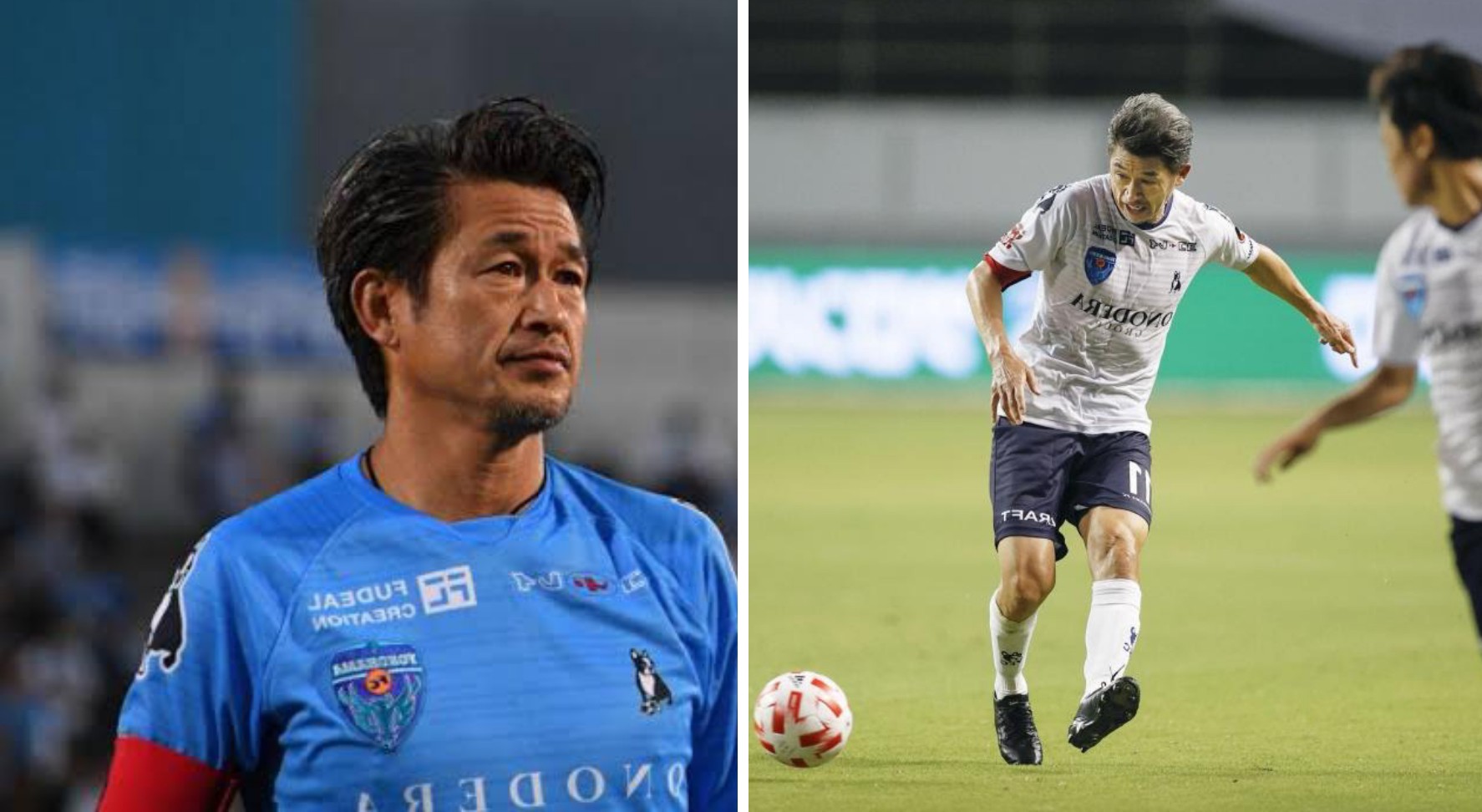 Record-breaking Japanese star Kazuyoshi Miura has signed a new contract with J1 League side Yokohama, at the age of 53.

‘King Kazu’, as he is fondly called in Japanese professional football, has committed to his 17th season with the club and the 36th overall in his storied career.

Miura turns 54 on February 26, the day before the J1 League campaign is due to get underway.

Last September, he became the oldest player in the top-flight’s history against Kawasaki Frontale at the age of 53 years and 210 days – he went on to make three more appearances that season.

Miura started that fixture, wearing the captain’s armband and playing 53 minutes before being substituted during the 3-2 victory.

“When I stepped onto the pitch, I felt a deep desire to fulfill my duty and harness everyone’s feelings in that armband,” Miura said after the match.

In a statement released via the club, Miura said his “hopes and passion for football are only increasing” despite making only seven league appearances in the past two years.

Having started his career with Santos in 1986, Miura became the face of the J-League after its launch in 1993, having been the first Japanese winner of the Asian Footballer of the Year award in 1992. He led Verdy Kawasaki to the title in 1993 and 1994.

Miura, who scored 55 goals in 89 international appearances for Japan and won the Asian Cup in 1992, also had spells with Genoa, Dinamo Zagreb and Sydney FC.

He is one of only three men to score more than 50 goals for Japan, along with Kunishige Kamamoto and Shinji Okazaki.